SHADOW-BANS AND BOT ARMIES: How Twitter Secretly Censors Speech on the Right 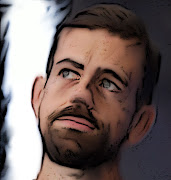 James O’Keefe was in town for the Turning Point USA event and he asked to come by and say hello. I’d only talked to him on the phone. I had not met him. So he came by and he told me… He didn’t give me any details but he said, “In a few weeks, we’re gonna be blowing the door down on Twitter,” and he wanted to talk to me about how you deal with being the target for destruction. He wanted to know the best ways to deal with people trying to wipe him out.

So we talked about that for a while. And of course O’Keefe, Project Veritas, is a 501(c)(3). They exist with donations and so forth, which is not my bailiwick. You know, I’m not in the fundraising circle. But I still… He asked me some questions about that, and I told him what I thought. But he gave me… The bottom line is he gave me a heads-up on this Twitter project that he had going. He didn’t give me any specific, but he said that it’s gonna shock a lot of people. I said, “Why is it gonna shock ’em?”

“Because you wouldn’t believe the number of people that think Twitter is just straight up and up, no politics to it, there’s liberals there, there’s conservatives, there’s anarchists, but nobody thinks about the people that police it.” And he said, “People are gonna be shocked.”

Well, anyway, he released the tape and the accompanying transcript, the secret tapes that he had made with current and former Twitter employees. And he has indeed blown the place up.

Now, I knew a lot of this, because I’ve had to learn it to deal with the way Twitter was involved in something called the Stop Rush movement. Briefly, I’m hesitate to talk about this because it gives people ideas, but we’ve found our way around it. On occasion our advertisers will be swarmed with emails claiming to be sent by customers who are never going to patronize this sponsor again because of something I said on the radio.

And we had to come up with ways of defeating this, because we knew it wasn’t true. We knew it was bogus. We’ve had enough experience with this over 30 years to know that these are organized campaigns. But we had to come up with evidence to show people that we’re being harassed, and we did. And the most recent iteration of Stop Rush, here’s what we found. There were 10 people who, using algorithms with the assistance of Twitter, with the assistance of Twitter management, were able to make themselves appear to be tens of thousands.

But the point is, it was 10 people using algorithms and bots to make themselves appear to be tens of thousands who hated me. So it took us about six months to track this all down, and we did. And we were able to demonstrate to all of these advertisers that 90% of these complaint emails that they were getting were being sent from people who had never been their customers and didn’t even live in the state. We had to be able to show the advertisers and the sponsors and other associates this was all bogus. ‘Cause people don’t want to put up with this garbage.

Then they tried this on Hannity. They tried this on O’Reilly. They try it with all of us. But we found out who they are. And we have shared our data with people, and they’re free to use it or not. So I wasn’t surprised with the revelations that O’Keefe uncovered here about Twitter. 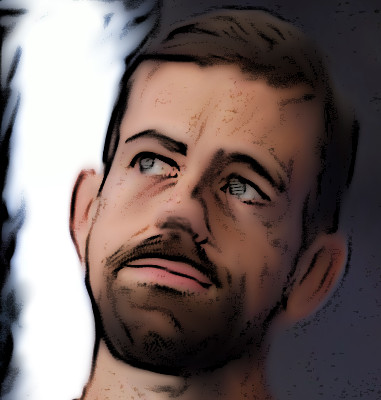 Now, in my case, Twitter was not an innocent bystander, but they were not in the top tier complicit. It was these 10 people who had learned to use various aspects of Twitter that Twitter wasn’t doing anything to stop. Don’t misunderstand. I’m not saying Twitter was behind it. But they didn’t do much to stop it, claiming they didn’t have the tools to stop it, “We’re just running a service here.”

Anyway, we successfully beat it back, as we beat back all of these things. Point is, they’re always potentially at the ready to unleash. But it really was helpful to be able to identify the individuals doing it and their pictures and being able to show everybody involved just who’s doing this and their resumes and where they taught, their political activism, some of the things they’ve published on the website themselves that make them appear as they are, literal leftist wackos.

So O’Keefe’s videos that he released, the secret videos that he made while talking to current and former Twitter employees, one Twitter engineer, Steven Pierre, explains shadow banning. And you can see the video at Project Veritas’s website. I just want to highlight some things. The video takes about 15 minutes to watch.

Shadow banning, according to this Twitter engineer, says it’s gonna be basically a way to ban a certain kind of talking or certain kind of speech. But the thing about shadow banning is — and this comes from another former Twitter software engineer — the users just think no one’s engaging with their content, when in reality no one is seeing it.

So if you’re the victim of shadow banning and you’re tweeting, you tweet up a storm. You tweet this, you tweet that, and your Twitter page reflects everything that you’ve sent. What you’re not seeing is anybody replying to it. So you think, “Well, something’s up here. Why is nobody engaging me? Why is nobody replying?” The reason is, nobody is seeing it. You have been banned. By virtue of a shadow ban. You just don’t know it. So what do they use to shadow ban people?

Well, O’Keefe got them to admit Trump, conservative, Republican, said they have about 5,000 — get this, Snerdley — 5,000 keywords to identify a redneck. Five thousand keywords, that if any word that tweet matches one of these 5,000, that tweet gets shadow banned. Of course, what’s a redneck? Well, a redneck is a Southern conservative hayseed pro-lifer who loves guns.

Guns is another thing that shadow bans you. “Christian.” Anything pro-Trump. It’s not a blanket ban on everybody, but it is a policy that Twitter has that various engineers have implemented. A former Twitter content review agent explains the banning process. “If it was a pro-Trump thing and I’m anti-Trump… I banned his whole account.” It’s at the discretion of the Twitter engineer, of the Twitter monitor.

So there’s no official written policy on this. It’s word-of-mouth from management to Twitter monitors, and the Twitter monitors are essentially free, if they see something pro-Trump that they don’t like, that they disagree with, and if they happen to be anti-Trump, they can shadow ban the user.

And with nothing written down there’s no paper trail to follow to actually prove any of this. You have to get these people, like O’Keefe has done, to admit it. Because when asked if banning, the banning process was an unwritten rule, one of the engineers said, “Very. A lot of unwritten rules. It was never written. It was more said.”

Olinda Hassan, Policy Manager for Twitter Trust and Safety, said, “We’re trying to ‘down rank’ [really bad] people to not show up. We’re working on [that] right now.” Well, what constitutes really bad people? Well, it’s whatever the individual Twitter monitor or engineer thinks is a bad person. And if they’re anti-Trump and pro-left and pro-Obama, then you can guess what a really bad person is gonna be.

“‘Shadow banning’ to be used to stealthily target political views,” a former Twitter engineer says, “That’s a thing.” That actually happens. Shadow banning is used to stealthily target political views we don’t like. They also use machine learning, which means algorithms, which distances human beings from executing this, but it’s a fascinating, fascinating tape, at Project Veritas.

Twitter is not a government, so (by definition) they can't censor anything.

Twitter is acting as a censor, and there's nothing in the definition of "censor" saying that only governments can do it: so sorry, Steve D, but I'm not buying that.

Of course we could also just say that Twitter is forbidding, banning, or selectively removing content that they dislike, if you'd prefer- but really, they're censoring speech.

Which isn't any surprise; totalitarian fascists tend to do that.