Now about those so-called "scientists" that want those who do not believe the "climate narrative" prosecuted -- can we go after them under 42 USC 1983 and 18 USC 242 for attempting to deprive persons of their rights under color of law? 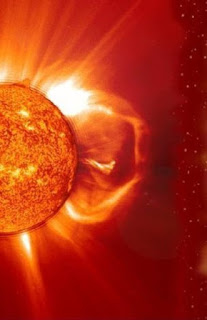 A MATHEMATICAL discovery by Perth-based electrical engineer Dr David Evans may change everything about the climate debate, on the eve of the UN climate change conference in Paris next month.

A former climate modeller for the Government’s Australian Greenhouse Office, with six degrees in applied mathematics, Dr Evans has unpacked the architecture of the basic climate model which underpins all climate science.

He has found that, while the underlying physics of the model is correct, it had been applied incorrectly.

He has fixed two errors and the new corrected model finds the climate’s sensitivity to carbon dioxide (CO2) is much lower than was thought.

It turns out the UN’s Intergovernmental Panel on Climate Change has over-estimated future global warming by as much as 10 times, he says.

It's for exactly this reason -- and what's better when the IPCC models are re-run with this clear error repaired the lack of correlation with the prediction and actual results disappears.

And guess what: Global warming now looks to be caused by.... exactly what I have been saying was the cause.

So, the new improved climate model shows CO2 is not the culprit in recent global warming. But what is?

Dr Evans has a theory: solar activity. What he calls “albedo modulation”, the waxing and waning of reflected radiation from the Sun, is the likely cause of global warming.

Yes, which was something that I noted immediately when I started looking at the actual data: global temperatures had a very high correlation with observed solar activity which we have a very good record of going back hundreds of years because it was very easy to observe without modern scientific equipment.  We thus have direct observations of same and records of same.  They correlate, with a fairly deterministic (that is, fixed) lag time, to global temperatures.

CO2 does not which means you need to postulate a model that does not square with what we know about the physical properties of carbon dioxide.

They will completely ignore the corrected math, because the incorrect math was probably a deliberate manipulation of the data in the first place.

Give that man a medal...and a security detail. The climies will, of course, dismiss his work. Can't upset their need to feel like they're "making a difference" (no matter who it harms). It will be all the talk in the executive jet lounge.

The global warming nuts will just ignore it. If they can't ignore it theyll try to destroy the guy.

We all know their playbook.

warming, schmarming - its your money we want!