I'm thinking about launching a service like Politifact or Snopes, only honest.

In March, bestselling author and talk radio superstar Mark Levin laid out an ironclad case that the Obama administration had wiretapped the Trump campaign. In fact, Levin's evidence hinged upon reports in The New York Times and the Washington Post which, as you know, are both hotbeds of right-wing extremism.

Yet -- defying facts, logic, reason, history and common sense -- the media ignored its own reports to pillory Levin.

And now, as ex-President Obama's mentor -- the "Reverend" Jeremiah Wright -- might say, the media's chickens have come home to roost. 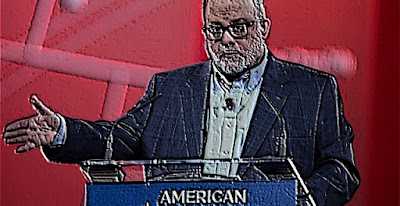 Monday’s report that former Trump campaign chairman Paul Manafort was wiretapped by the Obama administration before and after the election confirmed what Levin had said, proving Levin’s analysis — which was meticulously detailed and came from mainstream media sources — was correct.

But back in March, the mainstream media dismissed Levin’s claims out of hand. Levin was labeled a “conspiracy theorist,” the “overwhelming” evidence Levin presented in great detail was largely ignored, and Levin’s integrity was attacked viciously in the media.

Instead of following up on the evidence Levin presented:

Well, now Levin has been vindicated, and these media outlets look like fools. The mainstream media reaction to Levin’s accurate claims is a sterling case in point for why Americans don’t trust the media.

Brian Ross, a disgraced nutjob who attempted to tie the Aurora, Colorado movie mass-murderer to... the Tea Party without a shred of evidence, has a lot of nerve.

Mark Levin has sold millions of copies of his nonfiction books on law, government, philosophy and ethics.

Brian Ross (no relation, thankfully), on the other hand, has all the accomplishments of Milli Vanilli, but without the hit songs.

so, no retractions or apologies?

And the main stream media wonders why we don't believe them....

That's not what liberal reporters do.

Except they still were not wrong about the wiretaps. You guys will believe anything.

What does someone's religion have to do with reporting the truth, dumbass?

Oh, I think your Mom's calling you in the basement: she says your soup's ready.