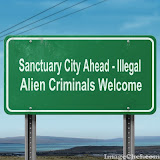 To the editor: Los Angeles Mayor Eric Garcetti and County Supervisor Hilda Solis in December announced the creation of a $10-million legal aid fund to “hire lawyers to defend local immigrants without legal status.” (“A $10-million fund will help immigrants fight deportations. But should it help those with violent criminal convictions?” April 17)

My street hasn’t been swept for years. When I tried to find out why, I was told that my area is not “on the list” because there are no longer enough machines and people to drive them. Services that I continue to pay for have been stopped.

If there is enough money around to help illegal immigrants, surely there is enough to begin sweeping my dirty street again. Shouldn’t citizens come before illegal residents? 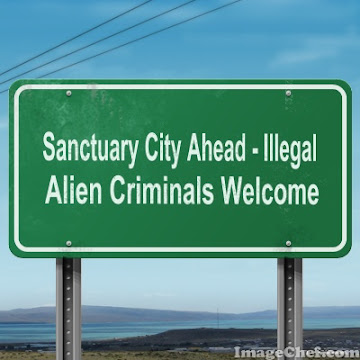 Eleven cities and counties across the United States announced on Thursday that they will provide free legal representation to immigrants facing deportation, part of a new initiative called the Safety and Fairness for Everyone (SAFE) Cities Network. The initiative, launched in collaboration with the Vera Institute of Justice, a national nonprofit and research organization, helps cities with funding and resources to help train legal service providers and share best practices.

Unlike in criminal court cases, immigrants generally do not have the right to a free court-appointed attorney during removal proceedings, and often have to bear the costs on their own. Nationally, only 37 percent of immigrants facing deportation proceedings get access to a lawyer, and only 14 percent of immigrants in detention do, according to a report from the American Immigration Council, a nonprofit and advocacy group. As Mother Jones has reported previously, studies have shown that access to legal representation can drastically improve an immigrant’s chances of winning relief from deportation or release from detention. Without it, often immigrants and families are quickly deported.

Realistically, the vast majority should have zero shots at winning relief when the answer to the question “is this person unlawfully present in the United States?” is “yes.”

So, they’re getting some sweet, sweet taxpayer cash to protect people who shouldn’t be in the country to start with, which means less cash to deal with things like cleaning streets. Or dealing with all the violence, especially in places like Atlanta, Baltimore, and Chicago. According to Neigborhood Scout, Baltimore ranks a 2, with 100 being the safest. Surprisingly, Chicago is an 11 (it’s very big, and the reported crime is confined within small areas). Atlanta is a 2. The other cities aren’t exactly great, either, excepting Santa Ana, which is a 24. That means that 76% of cities are safer. Some are more about property crime, some are more about violent crime, some are both.

Anyhow, this adds to the money already being appropriated by many cities to provide legal council to illegal aliens, meaning less money for law abiding/legal citizens. Let’s go back to the first article and another letter:

To the editor: So-called sanctuary cities and the state of California say they do not want to spend their precious resources on enforcing federal immigration laws because it is not the function of local government to do so.

Now for the irony: Both the city and the county of Los Angeles will spend millions of taxpayer dollars to defend people in federal immigration courts where the only action is a right to residency or potential deportation. In these cases, state laws are not at issue.

Either immigration is solely a federal function or it is not. It can’t be both depending on politics.

Lots of money and lots of irony.

As long as people who pay taxes voluntarily remain in these democrat fortresses, they'll voluntarily continue to fund what the author is complaining about. It's about choices. Do I choose to fund an illegal alien's legal defense, which allows him/her to thwart our laws through use of our courts, or do I choose not to. And if by choosing not to that means I may have to leave and move somewhere else.....then I choose to do what I must to not to fund an illegal alien's legal defense. It's about choices.

All honest people must put scare quotes around every service Dems claim is "free".