Democratic hypocrites rushed to condemn Moore faster than you can say “Anthony Weiner.” Franken, Menendez, and Conyers are right on the issues, which may be why the chorus for their unseating is, to say the least, somewhat muted. Judge Moore has been accused of dallying with underage girls, which is a charge his accusers are mysteriously not bringing up against Bill Clinton, a frequent passenger on the jet of accused pedophile Jeffrey Epstein. As noted by the Daily Caller:

Fox News wrote in 2016 that the Lolita Express, a Boeing 727 jet, was “reportedly outfitted with a bed where passengers had group sex with young girls.” 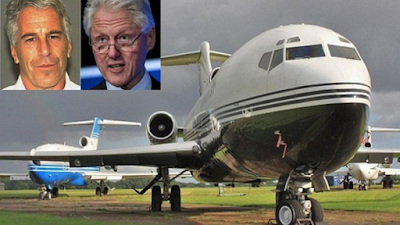 Gawker reported Kellam was “accused in court filings of acting as pimps for him (Epstein), recruiting and grooming young girls into their network of child sex workers, and frequently participating in sex acts with them.”

Bill Clinton had a habit of ditching his Secret Service protection when flying with child predator Epstein on his “Lolita Express”: 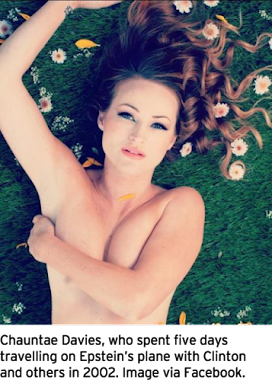 “Bill Clinton… associated with a man like Jeffrey Epstein, who everyone in New York, certainly within his inner circles, knew was a pedophile. Why would a former president associate with a man like that?” said Conchita

Mr. Epstein was arrested in 2005 and signed a plea agreement in 2007 with the U.S. Attorney’s Office, accepting a single charge of soliciting prostitution. He agreed to a 30-month sentence, registered as a “Tier 1” sex offender with the U.S. Virgin Islands and paid dozens of young girls under a federal statute providing for compensation to victims of child sexual abuse.

It is not known how many times Bill Clinton had his seat and tray table in the upright and locked position when flying with Jeffrey Epstein or whether their conversations revolved around golf and grandchildren. It is not known why Clinton flew so many times with a child sex predator. Given Bill Clinton’s track record and Epstein’s expertise on procurement, one doubts it was to solicit donations to the Clinton Foundation. As a Fox News report noted:

In response to a separate FOIA request from FoxNews.com, the U.S. Secret Service said it has no records showing agents were ever on the island with Clinton.

One can only suppose that this was a lot more fun than talking to AD Loretta Lynch on the tarmac. There is more to chew on here than Roy Moore’s stalking at a restaurant he says he never ate at or a mall the manager says he was never banned from. Yet even as liberals engage in Clinton coverage mea culpas, this is strangely not brought up.

It deserves to be brought up. “There is a special place in hell for people who prey on children,” Ivanka Trump recently told the AP. The same could be said of William Jefferson Clinton.

My fear is Doug, they will sacrifice Clinton to go after Pres Trump. I'm already seeing posts about Pres Trump accusers showing up more and more. Thoughts?

Maybe, you might be right, but President Trump will come out the winner because the Dems are not the sharpest knives in the drawer, they will most definitely screw that up too. Besides, Trump is not in the same league as Clinton/Epstein/Weinstein and their ilk, they are perverts, Trump is not. IMHO.

Just the tip of the iceberg here.
So much more infection to squeeze out!

Bill Clinton has aids, i think.