Woman says Roy Moore initiated sexual encounter when she was 14, he was 32 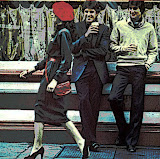 Leigh Corfman says she was 14 years old when an older man approached her outside a courtroom in Etowah County, Ala. She was sitting on a wooden bench with her mother, they both recall, when the man introduced himself as Roy Moore.

It was early 1979 and Moore — now the Republican nominee in Alabama for a U.S. Senate seat — was a 32-year-old assistant district attorney. He struck up a conversation, Corfman and her mother say, and offered to watch the girl while her mother went inside for a child custody hearing...

...Alone with Corfman, Moore chatted with her and asked for her phone number, she says. Days later, she says, he picked her up around the corner from her house in Gadsden, drove her about 30 minutes to his home in the woods, told her how pretty she was and kissed her. On a second visit, she says, he took off her shirt and pants and removed his clothes. He touched her over her bra and underpants, she says, and guided her hand to touch him over his underwear.

“I wanted it over with — I wanted out,” she remembers thinking. “Please just get this over with. Whatever this is, just get it over.” Corfman says she asked Moore to take her home, and he did.

Over the years, she has said nothing. Not during other runs for office. But, interestingly, now she comes out?

Aside from Corfman, three other women interviewed by The Washington Post in recent weeks say Moore pursued them when they were between the ages of 16 and 18 and he was in his early 30s, episodes they say they found flattering at the time, but troubling as they got older. None of the three women say that Moore forced them into any sort of relationship or sexual contact.

Of the four women, the youngest at the time was Corfman, who is the only one who says she had sexual contact with Moore that went beyond kissing. She says they did not have intercourse. 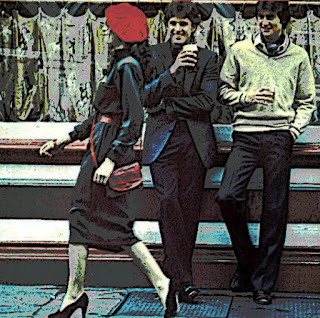 Now, I’m not here to judge Moore one way or the other. I’ll get to that in a minute. But, let’s note that other than Corfman being 14 at the time, none of this is illegal activity!

There is no allegation of sexual assault, harassment, or impropriety, other than the women being younger than he was.

Everything was consensual. The age of consent in Alabama is 16.

And, seriously, this occurred 38 years ago.

Interestingly, the same people who are getting the vapors over this have continuously defended Bill Clinton over numerous allegations of sexual assault, including rape, and had no problem with him getting oral sex in the White House from a female intern young enough to be his daughter. Nor did these same people have a problem with Bill and Hillary working hard to destroy these women.

“These allegations are completely false and are a desperate political attack by the National Democrat Party and the Washington Post on this campaign,” Moore, now 70, said.

The campaign said in a subsequent statement that if the allegations were true they would have surfaced during his previous campaigns, adding “this garbage is the very definition of fake news.”

Moore has a full statement here.

Now, some nascent Republicans are doing their normal schtick, saying he needs to go. Ones like Jonah Goldberg and John McCain, forgetting that these are allegations

Thank you for your understanding of Due Process, innocent till proven guilty, and our Bill Of Rights. Perhaps you should resign.

And therein lies a few problems. Some Republicans are willing to throw their people to the wolves in a heartbeat. Remember Larry Craig? Forced out over a misdemeanor which was just an attempt for consensual sex. Yet, Democrats let several of their own back in, such as William “Cold Cash” Jefferson. There are only minor calls for Senator Menendez to resign.

Second, and more important, yeah, Due Process, innocent till proven guilty, and so forth. Allegations require proof. I really haven’t touched all the allegations towards all the Hollywood folks and others, because they are just that: allegations. Many seem to have little in the way of proof. But, there is a huge difference between a lot of them and Moore: they are accused of things like sexual assault, rape, abuse of power, sexual harassment. Moore is being accused of …. trying to date.

If it’s true about the 14 year old, then he should step down. But, this requires actual proof, not an allegation from 38 years ago.

This has Clinton fingerprints all over it. You'll remember Bill Clinton cheered Cap Weinberger's phony indictment to sway the election against Geo. HW Bush. The suggestion of impropriety raised enough doubts, this is no different. In the end it is all nothing burgers. Aren't people tired of this stuff yet?

The young girls ripen quickly in the Deep South.

Please confirm the age of consent in Alabama in force 38 years ago. There have been serious social changes over the years - early marriage has been an ancient custom brought over from the original Scot-Irish that settled the South.

Ever hear of "Southern Shotgun Wedding?" A young girl would set her cap on an eligible batchelor, bat the eyelashes and watch his hormones overwhelm his sense of caution. The father and his trusty 12 gauge would seal the deal at the Justice of the Peace.

Add in the fact that the young woman was in the process of having her home broken, with an absence of her father looming. Her memory 38 years later is going to be much more politically correct than her state of mine in the event.

Frankly, this smells of a fabrication and hit job. I'm sending a small donation to Judge Moore today.

One bone to pick: Sexual battery is an unwanted form of contact with an intimate part of the body that is made for purposes of sexual arousal, sexual gratification or sexual abuse.

Having said that, Alabama apparently [and insanely] has no statute of limitations on a sex offense with someone under 16.

But . . . I flat guarantee you that no sentient jury would convict on the facts presented.

One of the women is a dem operative; photos with Biden, others and removed anti-Moore and anti-Trump postings from her facebook page after making the accusations. Also there's another woman who claims "Beth" at the WashPost tried to bribe her to make similar accusations. Yes, Clinton-like fingerprints are all over this.


This has Mitch McConnell and Haley Barbour's fingerprints all over it. Just like what they did in Mississippi for Thad Cochran in his race. They will do anything to keep Moore and Steve Bannon from chalking up a win.