ENDGAME: 10 Reasons the Swamp is Freaking Out

In a thoughtful analysis at Dystopia, a surprising assertion is made. Executive summary: President Trump has carefully executed a magnificent sting operation against the so-called "Deep State".

Why has the Beltway political-media complex dropped the Russian collusion story like a hot potato?

Why have all several hundred white nationalists and Neo-Nazi kooks in the entire country suddenly received national attention after 40 years?

Also: why are historical statues that have gone unnoticed for a century suddenly a controversial issue?

And -- most importantly -- why has the media ignored the greatest presidential feat in history, when President Trump was able to stare directly into the eclipse without blinking or damaging his magnificent eyes?

That last one was a joke, which everyone but leftist media understood.

In any event, Dystopia lists 10 reasons that everyone is freaking out: 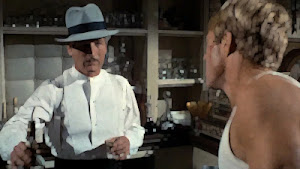 But they have learned it too late.

I'm not smart enough to know whether President Trump is playing 9-dimensional chess or not. But all of these tidbits definely made my nimbus muscle quiver.

There's finally an adult in the Oval Office who likes wrestling in the mud, the RATS never thought that could happen. Trump changed the rules and you know what they say, "make the rules and you win." I'm hoping for a Clean Sweep by 2018.