#Antifa are so Proud of their Membership they Cover their Faces like the KKK. No Wonder the Democrats Support Them. Dems Formed KKK. pic.twitter.com/zpRXEbuPiZ

This is #Antifa. This is the #AltLeft. This is #DemocratViolence. This is hatred at its most vile. #BlueLivesMatter pic.twitter.com/AKWfunpjT5 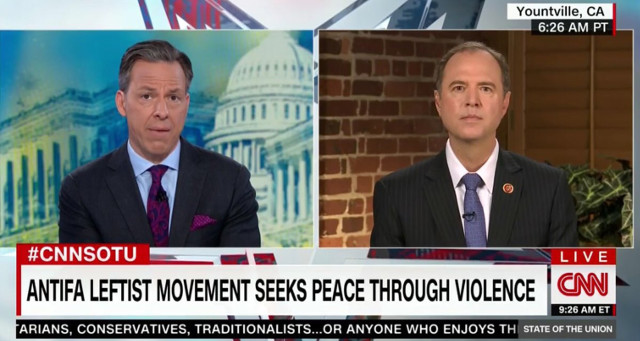 Antifa & Black Lives Matter are Modern Day Terrorists. They must be stopped and labeled what they are... A Domestic Terrorist Organization! pic.twitter.com/lWUPfBA0TX

Does the new Alt-left ANTIFA flag remind you of anything? #Nazis pic.twitter.com/rIpwuAJYkn

Antifa Protester Yvette Felarca Says Violence Against The Far-Right Is ‘Not A Crime’ https://t.co/Suct04T9vR pic.twitter.com/EF7O8tyLMw

‘Stupid black b*tch! Supposed to be on our side!’ AntiFa attacks black officer during Boston protest [video] https://t.co/KW687ICtxv

What hasn't been reported much? Miller used the same logic that Antifa does to justify his murders. pic.twitter.com/f1MQLoynYZ

Ignoring Antifa is caving to the Left’s demands. Do NOT fall for the TRAP!
...https://t.co/cgEvrcc7hR pic.twitter.com/XUNAiexS4x

As someone observed earlier today, the Democrat-Communists are really tough on fascists, unless you put "Islamo-" in front of the word.

Well, you didn't get all the photos of the Antifa folks openly committing acts of violence down in Charlottesville.

Here for just one example, is a link to an AP photo of one of them committing what clearly appears to be an aggravated assault. He had aggressively ignited and aimed a three-foot long flame from an 'improvised blowtorch' he brought with him, directly at a small group of Alt-Right demonstrators at a stairwell leading into the park.

Now that is a violent crime -- most probably aggravated assault! But a quick review of the descriptions contained in the very small number of arrests made by the local police and the Virginia State Police when they were called in during that confrontation indicates that Antifa 'demonstrator' was NOT arrested, even they have photographic proof of his criminal actions.

So, President Donald Trump was correct. There clearly was violence being perpetrated on both sides.

Even the local Virginia Chapter of the ACLU, whose observers were right there on the scene in Charlottesville, specifically stated that in a tweet they posted.

"Not sure who provoked first. Both sides were hitting each other at Justice Park before police arrived. #Charlottesville"

By definition, violent anti-Fascist socialists are communist thugs who try to justify initiation of violence. They should be treated as such.

I'll risk going to jail to beat the f*ck out of Yvette Felarca if she crosses my path at a protest event. I'm serious.