CAPITALISM VS. SOCIALISM: 3 Questions for the @BernieSanders and @AOC crowd

By Biff Spackle, inspired by a comment by the brilliant Mark Levin 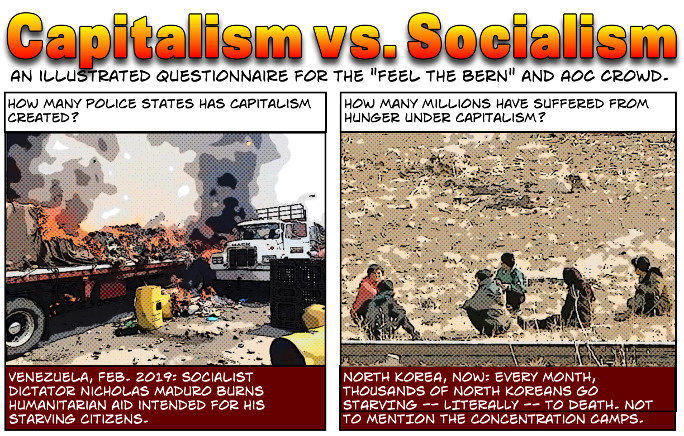 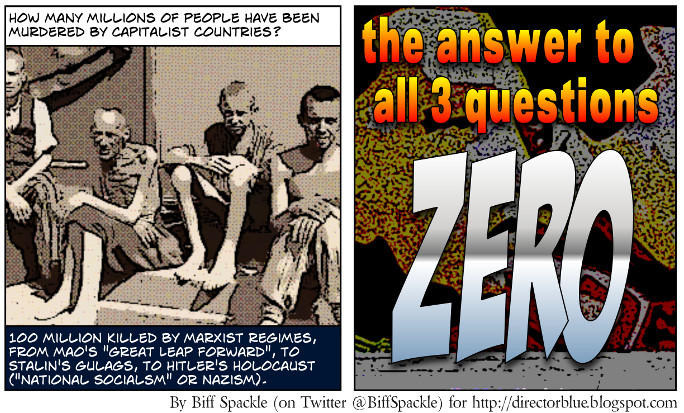 I'd have to say big biz has often sided with fascist governments, especially with the specter of communism as the probable other outcome, though sometimes just to limit liabilities a la the current vaccine industry and even the whole medical field in socialized medicine, to limiting competition by having government make competition impossible via crony capitalism of car manufacturers to silicon valley. So, yeah. It turns into crony capitalism, but at what point? I suppose when monopolies are allowed to be created and then allowed to run rampant.

So, yeah, it is fairly common. Actually China and the US are just the far ends of the same fascist scale, if getting ever closer. Trump says we won't go there, but we are already there. It was a bad slip for him. Good for the feels, but empty. Fascism is just a business rather than individual form of socialism, mind you. Musillini was just a socialist who was getting nowhere in his party so rolled his own (socialist party).

Doom, good points. I would just say that Nazi Germany and the PRC are deeply perverted and twisted forms of a "semi-capitalism". Both utilized slave labor to advance private business interests, but only a totalitarian state could make that so.

In the most simplest terms; Capitalism maintains a natural balance of "supply and demand" whereas Socialism is only "Demand without supply". Sounds like a good joke, but give it some thought and you'll find it to be true. In the US today we have an insidious relationship between corporations and government, which is becoming very socialist in and of itself, it's definitely not free market capitalism.