A top aide to Senate Minority Leader Chuck Schumer was reportedly quietly forced to resign in November 2018 over improper sexual relationships with junior staffers that made some of his colleagues uncomfortable.

Matt House announced in November 2018 he was leaving Schumer’s office, where he had served as communications director for the past six years. Prior to that, he worked for Joe Biden’s 2008 presidential campaign.

Speculation swirled about why House left his prestigious role, especially given that he did not transfer into another high-profile gig.

But according to The Huffington Post, House was forced out because of inappropriate sexual relationships with Schumer staffers. 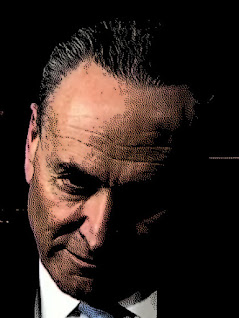 HuffPo reported the story Friday night, while all eyes were on Virginia Gov. Ralph Northam, a Democrat who admitted to wearing blackface or a KKK robe in a 1984 yearbook photo.

“Upon learning that he had inappropriate encounters within the office and that it was making some staff uncomfortable, he was asked to leave,” a spokesperson for Schumer told HuffPo.

“I deeply regret the mistakes I made on the number of occasions when I had too much to drink, and I apologize to anyone who was affected by my behavior,” he said.

“I have always respected all of my colleagues and I was horrified to learn that I made anyone feel uncomfortable. In the past three months, I’ve stopped drinking and I’ve committed to making myself a better colleague and person.”

Funny how nothing ever comes of that man's staff's serious misconduct. Remember when two of them fraudulently obtained Michael Steel's social security number? That was a felony; was anyone charged? yeah, right. Democrat. I forgot...