ABC, along with a few other outlets, is pimping a poll that states that only 29% approve of President Trump’s handling of Charlottesville, while 56% disapprove. Which is interesting when you have a D/R/I split of 33-22-42.

But, what of another poll?

Voters Strongly Defend Washington, Jefferson, Lessons of the Past

Despite calls by some politicians and the media for erasing those connected to slavery from U.S. history, it looks like George Washington and Thomas Jefferson are going to be with us awhile longer. Voters strongly believe it’s better to learn from the past than erase it. 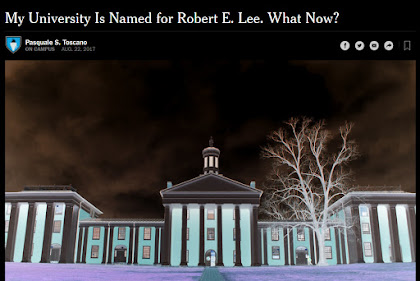 A new Rasmussen Reports national telephone and online survey finds that 88% of Likely U.S. Voters oppose removing the names of Washington and Jefferson from public places and taking down statues in their honor. Just seven percent (7%) favor the removal of their names from the public square because Washington and Jefferson like several of the other early presidents were slave owners. (To see survey question wording, click here.)

Ninety percent (90%) oppose the closing or changing of Mount Rushmore because two of the four presidents it honors were slave owners. Only six percent (6%) believe the national historic monument in South Dakota should be changed or closed because it honors Washington and Jefferson.

Voters tend to agree with President Trump’s defense of historical statues, and few think getting rid of Confederate monuments will lessen racial tensions in America.

Well, that’s a heck of a thing. But, the SJWs won’t care. Their job is to create strife and conflict and force other people to comply with their rigid SJW beliefs. They will create problems, throw urine, assault police officers, destroy property. They’ll attempt to blow statues up. Vandalize others. They’ll voluntarily go to a college named after Robert E. Lee, then suddenly realize that they’re appalled.

They should ask the question of likely voters: do you care about all this statue stuff? I suspect the answer would mostly be “no” followed by “SJWs need to get a life, go do some real work.”