GOOD NEWS: House Democrats have readied more than 84 subpoenas to gridlock government and attack your President

And I mean it. This really is good news, on several fronts:

The invaluable EIB Network weighs in: 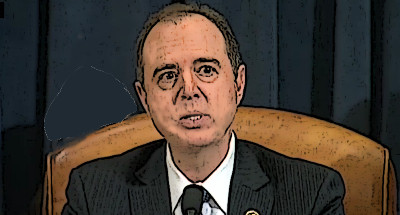 House Democrats say they have 85 subpoenas ready to be launched from a “subpoena cannon.” The Democrats are gonna be subpoenaing Trump’s tax records. They’re going to be requesting all information on Russia that Bob Mueller does not have. I actually saw this little Pencil Neck Schiff guy say they want to make sure that Mueller has everything he needs, as though Mueller may have been frozen out learning some Russian stuff and the Democrats are gonna make sure that he finds it and gets it.

Now, we’ll see. I’m asking myself, did all of these people (interruption) Sorry. Did all these people who voted for the Democrats want that? Is that what they’re expecting to happen? We don’t know. We will have no way of knowing until it all starts and there is any kind of public reaction to it.

As Mark Levin stated tonight, the current crop of Democrats -- octagenarian, hardcore losers -- have a habit of walking into doors.

I have a sneaking suspicion that issuing all of these subpoenas may play well with the Antifa-BLM-Code Pink-Jennifer Rubin types, but not with the American people.

At some point, most of us will come to the rightful conclusion that Democrats don't care about election results. They hate Republicans and therefore don't believe they should be allowed to win elections, or fight back, or even be allowed to speak.