What about Your FISA Judges, Justice Roberts? 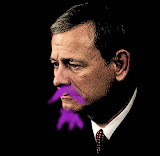 As long as we are on the subject of whether there is such an animal as an "Obama judge," let us consider the judges who sit on the FISA court and issue warrants allowing surveillance of American citizens who are suspected foreign agents, essentially taking the uncontested word of the government.

Their actions on behalf of one political campaign, colluding with a corrupt DOJ and FBI to target a political opponent, are not supposed to happen in a country based on the rule of law as administered by supposedly impartial judges.  Empowered to safeguard our national security against foreign actors, they essentially served as an extra-constitutional arm of the Hillary Clinton campaign as it colluded with foreign actors to stage a Deep-State coup against a duly elected president, Donald J. Trump?  Aiding and abetting the legacy of Barack Obama seems like something an "Obama judge" would do.

Chief Justice Roberts is the one who gets to appoint judges to the FISA court – every last one of them, judges like Rudolph Contreras, who granted a previously denied Michael Flynn FISA warrant.  His appointees are the ones who swallowed whole the contentions of the Obama administration using unverified material put together by a British agent and his Russian sources to aid one political party at the expense of another.

The FISA court and its star chamber judges make for a borderline example of the prophetic warning about trading a little liberty for a little security and winding up with neither.  The potential abuse of FISA powers is enormous, and the damage that has been done to our republic and our politics has been staggering. 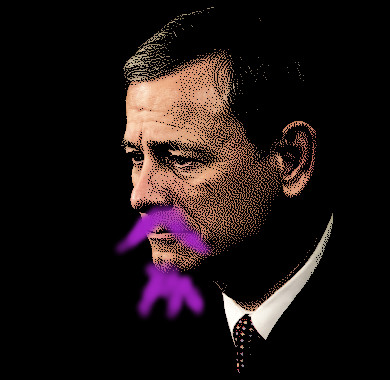 The Foreign Intelligence Surveillance Court deals with some of the most sensitive matters of national security – terror threats and espionage.  Its work for the most part cannot be examined by the American public, by order of the Congress and the President.  It is a tribunal that is completely secret (or supposed to be), its structure largely one-sided, and its members unilaterally chosen by one person.

A rotating panel of federal judges at the FISC decides whether to grant certain types of government requests – wiretapping, data analysis, and other monitoring for "foreign intelligence purposes" of suspected terrorists and spies operating in the United States.

... [T]he 11 judges are appointed exclusively by the Chief Justice of the United States, without any supplemental confirmation from the other two branches of government.  John Roberts has named every member of the current court, as a well as a separate three-judge panel to hear appeals of FISC orders, known as the Court of Review.

So how could a court over which Chief Justice John Roberts has complete control allow frauds to be committed upon it in a manner more fitting in a banana republic?  With pressure on President Trump to declassify and release the FISA warrants and substantiating documents, if any, could Justice Roberts be getting nervous about what might be found?

It was astonishing, for example, to find out from Judicial Watch that these FISA warrants used against Team Trump were issued without any hearings being held, starting with the one issued against Carter Page:

Judicial Watch announced the DOJ revealed in a court finding Thursday that "there were no records, electronic or paper, responsive to [Judicial Watch's] FOIA request with regard to Carter Page," and that the FISA Court  "considered the Page warrant applications based upon written submissions and did not hold any hearings."

The infamous Christopher Steele dossier of unverified documents regarding President Trump was the basis for the four controversial FISA warrants on Page, the former Trump campaign advisor.

"It's astonishing and disturbing that these courts couldn't bother to hold hearings on spy warrants targeting Donald Trump," Judicial Watch President Tom Fitton told Jason Chaffetz who was sitting in for Sean Hannity on Fox News' "Hannity" on Friday.

The renewal shows that the Justice Department under President Trump saw reason to believe that the associate, Carter Page, was acting as a Russian agent[.] ...

The memo's primary contention is that F.B.I. and Justice Department officials failed to adequately explain to an intelligence court judge in initially seeking a warrant for surveillance of Mr. Page that they were relying in part on research by an investigator, Christopher Steele, that had been financed by the Democratic National Committee and Hillary Clinton's presidential campaign[.]

As we now know, and as has been copiously documented, Rod Rosenstein committed a self-evident fraud upon the FISA Court.  And now his subordinate is going to investigate him?  Can the swamp drain itself?  Page has vehemently denied the allegations in the dossier and has sought the release of the memo to show its falseness and to show that the DOJ of Rod Rosenstein and the FBI of Andrew McCabe colluded with the Democrats to keep Hillary Clinton out of prison and Donald Trump out of the White House:

The former Trump campaign adviser who was spied on by the U.S. government prior to the 2016 election is "very much" in favor of the release of a controversial congressional memo alleging abuses of the surveillance warrant application process[.] ...

Page pressed for the release the FISA application in a May 14 letter to Deputy Attorney General Rod Rosenstein.

"If FISA warrants indeed exist as has been extensively reported, wide-ranging false evidence will be inevitably revealed in light of the fact that I have never done anything remotely unlawful in Russia or with any Russian person at any point in my life," he wrote.

What remains unanswered about the application for the warrant on Page is how heavily it relied on the dossier and whether the FBI and DOJ vetted the allegations made about him by Steele[.] ...

Page has vehemently denied the allegations made against him in the dossier, which was put together by former British spy Christopher Steele, commissioned by opposition research firm Fusion GPS, and financed by the Clinton campaign and DNC.

Would Justice Roberts approve of releasing the FISA warrants and explain how the judges he appointed could ever approve them?  Consider that former FBI director James Comey, in testimony given under oath in June 2017, said the Steele dossier was "salacious and unverified."  Yet Comey signed off on at least one, if not four, FISA warrant applications based on the "salacious and unverified" dossier.  Either he was lying to Congress or he was lying to the FISA Court judge.  In any event, he was out to get Trump, and the FISA abuse and his plot to set up Robert Mueller as a special counsel without a crime to investigate or any evidence of collusion were both parts of his conspiracy.

Rep. Lee Zeldin (R-N.Y.) says McCabe testified that if it weren't for material from Steele's fraudulent dossier, there would have been no FISA requests and no surveillance of Team Trump:

"McCabe did in fact testify under oath that there would not have been a FISA warrant if not for the dossier. It was recorded," Rep. Zeldin tweeted.

Without Comey's FBI submitting false FISA requests, which Roberts's appointees allowed, including at least one signed off on by Comey himself, there would have been no surveillance of Team Trump and no special counsel.  The mystery in all this is the silence of the FISA Court that was lied to, judges who sat as a fraud was committed on the court, and a Chief Justice John Roberts who harrumphs that judges have no political birthmarks even as the judges he put on the FISA court participated in an attempted political coup by the Obama administration against its successor.