Everyone knows it. Even Democrats.

The Mueller Report is a joke. 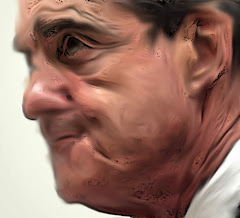 1. Who leaked the Flynn-Kislyak conversation to the press?
Authorized to pursue any criminal activity arising from his investigation, Mueller somehow overlooked the felony leak of the recorded conversation between Gen. Michael Flynn and Russian Ambassador Sergey Kislyak to The New York Times. Why?

2. Why were no Obama-era intel officials interviewed for a report supposedly about Russian interference in the election?
From Susan Rice telling officials concerned about Russian cyberwarfare activities to "stand down" to John Brennan's bizarre interactions with "Five Eyes" allies, Mueller's report is utterly silent (Hat tip: Mark Levin).

4. Why no mention of bias and untoward behavior of investigators removed from the Special Counsel?
At least four of Mueller's investigators (Peter Strzok, Lisa Page, Kevin Clinesmith, and Sally Moyer) were removed from the Special Counsel due to various untoward and/or possibly illegal activities. Mueller's report never explains why, nor how his team addressed chain of custody or spoliation.

This is curious FBI deference to a political entity that one Donald J. Trump was never afforded.

New investigation time. This time for the real problem.

Would love to hear the answers, and then the responses from CNN/WaPo/NYT and Schiff/Nadler/Pelosi/Schumer.

...why no mention of the "Steele Dossier", the basis of the FISA Warrants & why the Court was mislead?

We know the answer to these question ....

Investigating misconduct by Democrats or those useful to Democrats was "not within the Brief" of Mueller's investigation.

Why did Mueller determine Josef Mifsud was an asset of Russia... even though he was clearly a western operative?

This is the questions that the American people deserve to have answered.

In Barr I trust.

Because they were Democrats. The Democrats dont ever get punished for there law breaking. Spying on the Trump campaign was clear espionage but no one charged.

Please explain to me how Brad Wesley was able to bring J.C. Penny to Jasper County

I said all along if they are going after trump so hard they need to go after everybody . sorry to say both sides are guilty of many offences

How is both sides guilty when there was a fake everything? There is only one side guilty. You don't lie, and make things up and say both sides are guilty. One side and inside only.

HAPPY EASTER - The Easter Story from the Gospel of John: - plus "The Story of Easter" video

It just goes to prove that Mueller is a vindictive deep state political hack that will do most anything for the cause. He's probably still mad he wasn't selected by Trump for an administration position that he was interested in.

every time I think of this investigation I picture a cartoon in my head, showing Mueller with a huge magnifying glass headed towards Trump, who is standing quite a ways in front of him. And I see Mueller stepping over dozens of important crimes, because he's adamant on getting close to Trump and only Trump.

They only investigated Republicans? Sure looks that way.

When the DOJ granted a special travel waiver to a Russian plant to adorn the Trump Jr meeting.
Tagged, dispatched, watered & manicured.
I hope they don't forget to send a thank you notice.

Scoop up Comey, McCabe, Strzok, and Ohr. Take them to Diego Garcia and start pulling fingernails out. You'll know absolutely everything within 2 hours.