Stephen Hayes and the HARMONY documents 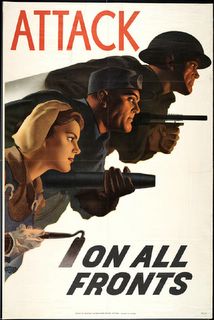 The indefatigable Stephen Hayes has latched onto the Iraqi regime's captured documents like a pit-bull on filet mignon. The documents number in the millions and -- a couple of years after their capture -- only 50,000 have been translated. Most are unclassified. Hayes has been pursuing their release for months.

Those that have been disclosed point to stunning revelations regarding pre-9/11 cooperation between Hussein and Al Qaeda. And, as you might expect, the mainstream media couldn't. care. less.

Drink deeply from the chalice of wisdom and read the whole thing.
at 9:00 AM
Email ThisBlogThis!Share to TwitterShare to FacebookShare to Pinterest