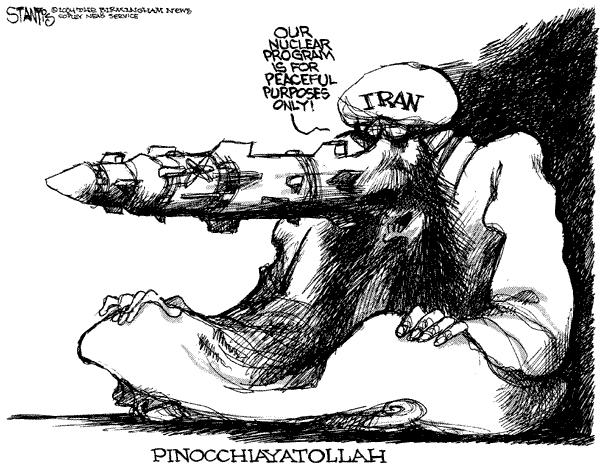 The Guardian, a leading British newspaper, was given a top secret, 55-page intelligence assessment dated July 1 2005 that describes Iran's quest for nuclear weapons (hat tip: Hugh Hewitt). The report was gleaned from British, French, German, and Belgian intelligence agencies and was used to brief the heads of European governments on the dangers represented by the Mullahs.

Let's do the math: Nuclear weapons. Long-range missiles. Radical leadership that has promised to create a world without the US, Britain and Israel. Leadership that further believes the end of the world is coming within the next two years.

Perhaps the reports from Germany's Der Spiegel do have merit (though it would seem operational security would be a heck of a lot better than this). In their article entitled, "Is Washington Planning a Military Strike?", reporters note:

Whether it's the US, Britain or Israel, one can only hope that the Mullahs' desires for Armageddon are quashed soon. Very, very soon.

Click here for Part I of An Unremarkable Declaration of War

Click here for Part II of An Unremarkable Declaration of War
at 6:27 AM
Email ThisBlogThis!Share to TwitterShare to FacebookShare to Pinterest