Folks, you just can't make this stuff up 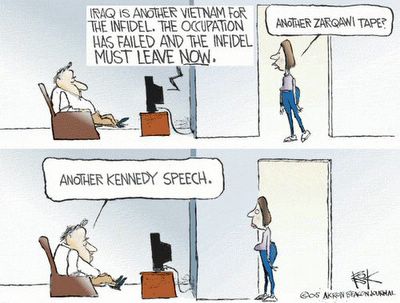 Ted Kennedy is releasing his own children's book:

Bloggers throughout the world have proposed titles for the book and The Lone Star Times even has a draft of the cover. Some of the suggested titles (and, no, none of them are mine) include:

Too harsh? Note that Kennedy has -- in real life -- named his dog "Splash". Mary Jo Kopechne remained unavailable for comment.
at 9:36 AM
Email ThisBlogThis!Share to TwitterShare to FacebookShare to Pinterest