MARK LEVIN: Surprise, the Media Are Lying About Mick Mulvaney 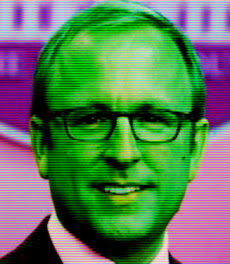 During the press briefing at the White House, Mulvaney explained that foreign aid to the Ukraine was held up over the summer in order to see if the country would commit to cooperate with an ongoing Department of Justice investigation regarding potential corruption in the 2016 election. Several in the media said that the acting chief admitted to a “quid pro quo” with Ukrainian officials, which is central to Democrats’ and the media’s Trump impeachment narrative.

Mulvaney explained that conditioning aid money happens “all the time with foreign policy,” adding that funding was being withheld from Central American countries at the same time in order to force their cooperation on immigration policy.

“There is an investigation going on with the Department of Justice. We all know this. [Attorney General] Bill Barr announced it way back when,” Levin explained.

Don’t miss an episode of LevinTV. Sign up now!

How did Nancy Pelosi and her husband make all that money while she was in public office?