I want you to think about how the Pelosi-Schiff impeachment process is being conducted. Imagine a criminal trial or civil action during which the “Democrat Prosecution” -- the prosecutors -- conduct themselves as follows: 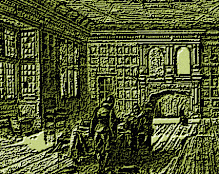 • Prosecutors issue repeated, baldfaced lies to the public (“I’ve never spoken to the whistleblower…” -- Adam Schiff, Liar-In-Chief or LIC)
• Prosecutors secretly solicit accusers
• Prosecutors collaborate with accusers to assist with the creation of a “complaint”
• All testimony occurs in secret
• No transcripts are made public
• No defense counsel are permitted
• The defense is prevented from calling witnesses or issuing subpoenas
• The accused is assumed guilty and must prove him- or herself innocent
• The accused is afforded no due process
• Prosecutors leak to -- and collude with -- the media to drive public opinion and influence the jury
• All procedures are conducted in secret: a Star Chamber of high-level Democrat partisans, donors and -- perhaps -- foreign interests like China conduct clandestine meetings 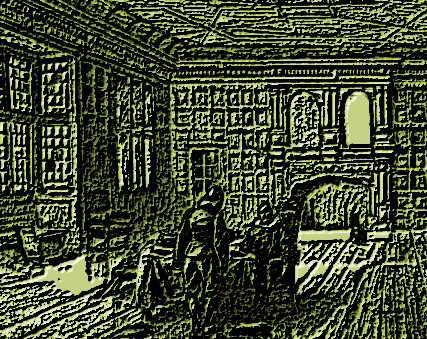 If they had their way, Democrats would treat each of you like this. How do we know? Because they are already doing it to us, we, the American electorate -- 63 million souls -- who have never seen a president so tortured by an unholy alliance of enemy foreign interests like China, Democrats, and the media (but I repeat myself).

Beyond that, Democrats support the “speech is violence” mantra of past authoritarian regimes, from Mao to Hitler. Instead of Brownshirts, Democrats deploy Antifa, a cadre of masked, black-helmeted storm-troopers to assault peaceful innocents.

Democrats seek power. They seek control. The current Democrat Star Chamber imfreakment process is only the latest and most egregious case in point. Democrats are the new home of bigots and anti-Semites, of illegal aliens and Marxists. They are all determined to destroy the United States of America.

What China is doing to Hong Kong is bad. For us, what the democrats are doing is much worse over the long haul.

In court - are you kidding - they fully intend to just ship us off to the re-education camps, willingly or not. Any of the guns that they don't regulate out of existence WILL be seized via bogus 'red flag laws' - armed Citizens will resist getting into the trucks or boxcars.................

Also, you would not be a "defendant"; you would be a counter-intelligence target.

They would use our Surveillence State to spy on you, just like they did all the political targets of Mueller and Weissman, like the journalists just targeted by the fired Ukrainian ambassador or those targeted during the Obama Junta...and just like they are still doing to the President of the United States.

Eventually, dRATS will ascend to their throne claiming a great mandate.
Every patriotic American should be assure them that when this happens they will wish they had never been borne.
"Because of what you have done, when you take the Country back into bondage, you will wish you had never been born." That's something, and it's a promise.

This is why we citizens must guard and hold fast to our Second Amendment right with every last ounce of power. If we allow the Left to disarm us, we will suffer a fate worse than 80 million Chinese under Mao. And the Left will gladly follow orders.

This is why we citizens must guard and hold fast to our Second Amendment right with every last ounce of power. If we allow the Left to disarm us, we will suffer a fate worse than 80 million Chinese under Mao. And the Left will gladly follow orders.