THESE ARE NOT WHISTLEBLOWERS: These Are Spies

By GianCarlo Canaparo and Thomas Jipping

The New York Times on Oct. 4 reported that a second intelligence official “alarmed by President [Donald] Trump’s dealings with Ukraine” is considering whether to file a complaint with the intelligence community inspector general.

Like the first whistleblower, however, this individual is apparently trying to advance his agenda outside of the process provided by federal law.

As we have detailed, the first whistleblower began with the office of Rep. Adam Schiff, D-Calif., chairman of the House Intelligence Committee. The Intelligence Community Whistleblower Protection Act, however, prohibits that direct contact, requiring instead that complaints follow a process that begins with the intelligence community inspector general.

In like fashion, this second individual, who claims to have firsthand information regarding Trump’s July 25 phone call with Ukrainian President Volodymyr Zelenskyy, has chosen to talk to the media through his or her lawyer, rather than file a complaint.

According to the lawyer, this person has firsthand knowledge of some of the allegations included in the first complaint and has spoken to the inspector general. 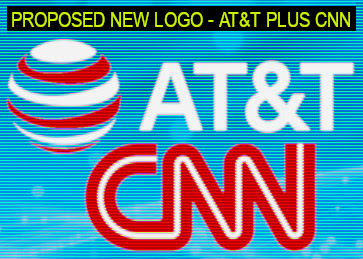 Naturally, that hasn’t stopped the media from calling this a “firsthand” account and speculating wildly about its impact on Democrats’ impeachment efforts. The New York Times, for example, claims that it “would potentially add further credibility to the account of the first whistleblower.”

The media often use it, but all we know is that the second person has something to say that his or her lawyer has shared with the media. How does that make him or her a “whistleblower”? For that matter, is the first person a whistleblower?

Let’s start with the law that protects intelligence officials who blow the whistle. The key provision of the Intelligence Community Whistleblower Protection Act is codified in Title 50 of the U.S. Code Section 3033.

The law does not define or even use the term “whistleblower,” except in the title, but it does clearly identify the people it’s designed to protect.

The act defines “urgent concern” as a problem, abuse, or deficiency relating to “an intelligence activity within the responsibility of the Director of National Intelligence.”

That’s the most concrete way we have of defining a “whistleblower.” Those criteria show that this second person is not a whistleblower at all.

For one thing, we have no evidence corroborating the lawyer’s assertion that his client is an intelligence official. For another, there is no indication that he or she intends to submit a complaint to Congress.

As far as we know, he or she hasn’t even submitted a complaint to the inspector general or otherwise followed any of the act’s disclosure procedures.

The first so-called whistleblower, doesn’t match the statutory description either.

The subject of his or her complaint, the Trump-Zelenskyy phone call, does not meet the statutory definition of “urgent concern.” As the Justice Department’s Office of Legal Counsel explained, the Trump-Zelenskyy call did not involve “an intelligence activity within the responsibility of the Director of National Intelligence.”

On the contrary, it explained, the call was “a confidential diplomatic communication between the president and a foreign leader that the intelligence-community complainant received secondhand.”

What’s more, the first “complainant,” as the Justice Department rightly calls him or her, violated the law’s disclosure procedures and even might have broken the law in going straight to Schiff’s staff.

To many people, the term “whistleblower” brings to mind a well-meaning, honest person who, possibly at personal risk or cost, selflessly comes forward with evidence of wrongdoing. It’s a meaningful term.

But this exercise in political spin, which applies “whistleblower” to people who are not, undermines legitimate efforts to expose wrongdoing.

These individuals are more like political double agents hiding behind the act, their lawyers, and a friendly press, to snipe at a president they don’t like while cloaking themselves with the mantle of reluctant and dutiful public servants.

We’re not buying it.

If the WB heard the conversation but doesn't come forward to tell the world or have any direct corroboration other than their word, that persons account in my mind becomes second hand. If they tell their lawyer it's now third hand. If the lawyer tells a Congress person it is now fourth hand. If the Congress person tells a journalist, it's already a fifth hand account. We might as well play telegraph around the campfire. I call bullschiff on the whole thing.