Is the media biased? Google News has the answer. 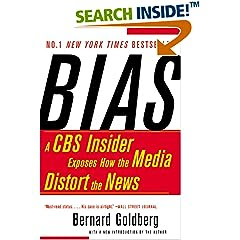 According to its informational page, Google News, "gathers stories from more than 4,500 news sources in English worldwide." I wonder what Google News, with its integrated search capability, can tell us about media bias?

Let's do a little experiment. Let's search for the two major party names.


*Note: searches were qualified on both sides with the term "United States" to ensure a minimum of foreign news stories. In addition, the terms "democrat", "democratic", "democrats" were all counted; and "republican" and "republicans" were also counted on the other side.

Interesting. It looks like there's pretty much an even split.

I wonder what happens if -- instead of using party names -- we use the labels "conservative" and "liberal"? You would guess that a balanced mainstream media would employ the terms on a relatively equal basis. After all, the terms are subjective, and not official designations of any kind. If the mainstream media were truly balanced, these subjective terms would be evenly distributed.

How about additional subjective terms, such as "right-wing" and "left-wing"?

Pretty much the same result. The media is more than willing, on average, to throw around a subjective label like "right-wing". Far more willing than to use the equivalent term for the other side of the political spectrum.

That's another reason I call the mainstream media the "mediacrats". Their agenda is so transparent, you can hardly see the New York Times when you hold it up to a bright light.

Next time you hear geniuses like Dan Rather or Al Franken blathering about how fair the Mediacrats are, pull these numbers out.

By a simple, quantitative measure, most news sources appear perfectly willing to slap labels on the GOP and the right... far more frequently than doing so for the Democrats and the left. I think that tells us just about all we need to know.

The mediacrats: taking a dying medium and killing it even quicker.
at 6:06 AM
Email ThisBlogThis!Share to TwitterShare to FacebookShare to Pinterest