Great work by Dan Swenson of the New Orleans Advocate illustrating -- team-by-team -- the misbehavior of the misguided and deluded crackpots in the NFL. 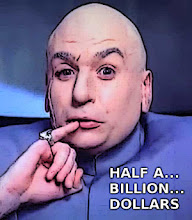 Consider it a helpful reminder to tune out, turn off, and disregard this sport comprised of unappreciative losers.

I include, of course, the team owners and the NFL commissioner -- who is a disgraceful hack -- that are all complicit in this anti-American crapfest.

It's almost funny, but not really, to note that the 17 Baltimore Ravens and Jacksonville Jaguars players who took a knee in a foreign country are together under contract for nearly half a billion dollars.

That's half a billion dollars of oppression.

Now, consider the chart, below. I'll let you know what I observed after the break. 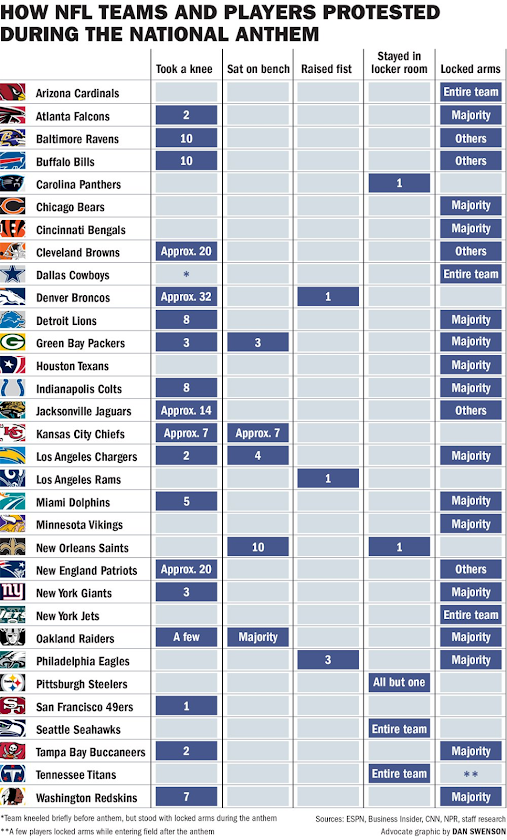 Did you notice it?

According to the cart, every single team in the NFL protested Donald Trump's right to free speech by disrespecting America.

It's just that simple.

This latest "everyone standing and locking arms" effort is standing with the team, not standing for the flag. There's a huge difference. One promotes save the season and the other is to promote patriotism and respect for the flag.

this is symptom showing the level of hatred and disunity in the nation, much of it brought upon the nation during the Obama tenure. Its going to spread. Instead of coddling it like these foolish owners did, they should have ripped it to shreads by seriously disciplining Kaepernick and then last week should not have allowed this rebellion to spread. The owners will be the ones to hurt now.