Why Obama Really Spied on Trump 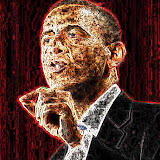 Last week, CNN revealed (and excused) one phase of the Obama spying operation on Trump. After lying about it on MSNBC, Susan Rice admitted unmasking the identities of Trump officials to Congress.

Rice was unmasking the names of Trump officials a month before leaving office. The targets may have included her own successor, General Flynn, who was forced out of office using leaked surveillance.

While Rice’s targets weren’t named, the CNN story listed a meeting with Flynn, Bannon and Kushner.

Now the latest CNN spin piece informs us that secret FISA orders were used to spy on the conversations of Trump’s former campaign chairman, Paul Manafort.  The surveillance was discontinued for lack of evidence and then renewed under a new warrant. This is part of a pattern of FISA abuses by Obama Inc. which never allowed minor matters like lack of evidence to dissuade them from new FISA requests. 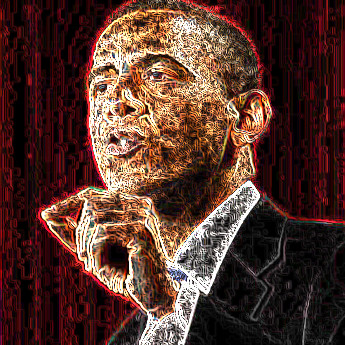 Desperate Obama cronies had figured out that they could bypass many of the limitations on the conventional investigations of their political opponents by ‘laundering’ them through national security.

If any of Trump’s people were talking to non-Americans, the Foreign Intelligence Surveillance Act (FISA) could be used to spy on them. And then the redacted names of the Americans could be unmasked by Susan Rice, Samantha Power and other Obama allies. It was a technically legal Watergate.

If both CNN stories hold up, then Obama Inc. had spied on two Trump campaign leaders.

Furthermore the Obama espionage operation closely tracked Trump’s political progress. The first FISA request targeting Trump happened the month after he received the GOP nomination.  The second one came through in October: the traditional month of political surprises meant to upend an election.

The spying ramped up after Trump’s win when the results could no longer be used to engineer a Hillary victory, but would instead have to be used to cripple and bring down President Trump. Headed out the door, Rice was still unmasking the names of Trump’s people while Obama was making it easier to pass around raw eavesdropped data to other agencies.

Obama had switched from spying on a political opponent to win an election, to spying on his successor to undo the results of the election. Abuse of power by a sitting government had become subversion of the government by an outgoing administration. Domestic spying on opponents had become a coup.

The Democrat scandals of the past few administrations have hinged on gross violations of political norms, elementary ethics and the rule of law that, out of context, were not technically illegal.

But it’s the pattern that makes the crime. It’s the context that shows the motive.

Obama Inc. compartmentalized its espionage operation in individual acts of surveillance and unmasking, and general policies implemented to aid both, that may have been individually legal, in the purely technical sense, in order to commit the major crime of eavesdropping on the political opposition.

When the individual acts of surveillance are described as legal, that’s irrelevant. It’s the collective pattern of surveillance of the political opposition that exposes the criminal motive for them.

If Obama spied on two of Trump’s campaign leaders, that’s not a coincidence. It’s a pattern.

A criminal motive can be spotted by a consistent pattern of actions disguised by different pretexts. A dirty cop may lose two pieces of evidence from the same defendant while giving two different excuses. A shady accountant may explain two otherwise identical losses in two different ways. Both excuses are technically plausible. But it’s the pattern that makes the crime.

But one single target. President Trump.

It’s the pattern that exposes the motive.

When we learn the whole truth (if we ever do), we will likely discover that Obama Inc. assembled a motley collection of different technically legal pretexts to spy on Trump’s team.

Each individual pretext might be technically defensible. But together they add up to the crime of the century.

Obama’s gamble was that the illegal surveillance would justify itself. If you spy on a bunch of people long enough, especially people in politics and business, some sort of illegality, actual or technical, is bound to turn up. That’s the same gamble anyone engaged in illegal surveillance makes.

Businessmen illegally tape conversations with former partners hoping that they’ll say something damning enough to justify the risk. That was what Obama and his allies were doing with Trump.

It’s a crime. And you can’t justify committing a crime by discovering a crime.

And instead of real justice we just get to watch Hillary choke to death on the root of bitterness.

We are a nation of laws.....but only for the little people.

The District of Criminals is 100% corruption, not a smidgen of integrity, credibility, or honesty left, not one.

Consent of the Governed? Need to look at revoking that consent based on the legitimacy of the swamp in DC.

Some of these bastards had better be prosecuted, frog marched and sent to jail. How many time do Clapper and Rice get to perjure themselves before something is done about it?

Hello Jeff Sessions. . . .what the hell are you doing about this and the other crap swirling around? Start doing the job you were appointed for.