Donald Trump campaigned and was elected as an agent of radical change. He promised to roll back the policies on big government at home and transnational cooperation abroad that both parties have endorsed for years. His campaign rhetoric about the “useless UN” and the “unfair” Paris Climate Accords suggested he understood that such organizations and treaties fleece Americans while handing over national sovereignty to other countries eager to gain leverage over us.

But Trump’s recent comments about renegotiating the Paris agreement and reforming the UN imply an acceptance of the assumptions on which both are built: that multilateral cooperation is better able to serve the interests and security of the United States. If this is so, then Trump is buying into the flaws of those assumptions that need to be utterly discredited in order to enact meaningful change.

Trump’s rejection of the Paris Climate agreement was correct not just because it is a bad deal for our economy. Nor is withdrawal called for because, like previous meetings–– in Berlin, Geneva, Kyoto, Buenos Aires, Bonn, The Hague, Marrakech, New Delhi, Milan, Montreal, Nairobi, Bali, Poznan, Copenhagen, Cancun, Durban, Doha, Warsaw, Lima, and now Paris––the results of these international gabfests have done nothing to reduce CO2 and mitigate the alleged apocalyptic consequences of increasing atmospheric carbon dioxide. But they’ve done plenty to enrich some countries at the expense of others, while profiting the “green energy” industries and hustlers like Al Gore.

So even if one believes in anthropogenic global warming, the Paris accord is a bad deal. The US would commit to a 30% reduction in carbon emissions, at the cost of an overall average of 400,000 fewer jobs, 200,000 fewer manufacturing jobs, a $20,000 loss in income for a family of four, an aggregate GDP loss of over $2.5 trillion, and increases in household electricity spending between 13% and 20%. And for what would the average American pay? According to the Heritage Foundation,

Using the Model for the Assessment of Greenhouse Gas Induced Climate Change developed by researchers at the National Center for Atmospheric Research, even if all carbon dioxide emissions in the United States were effectively eliminated, there would be less than two-tenths of a degree Celsius reduction in global temperatures. In fact, the entire industrialized world could cut carbon emissions down to zero, and the climate impact would still be less than four-tenths of a degree Celsius in terms of averted warming by the year 2100.

Worse yet, history teaches us that such an agreement is made to be broken, or sacrificed to national interests, or manipulated to benefit cronyism and rent-seeking. So while the US has reduced emissions by 12.2% since their peak in 2007, and 2.5% between 2014 and 2015, the EU, despite spending $1.2 trillion supporting green energy, saw an almost one percent increase in emissions over that same period. Nor have the US reductions been caused by government policies and regulations. The development of hydraulic fracturing extraction techniques––banned in the EU and hindered by Obama’s environmental policies–– has increased the amount of cleaner natural gas available to replace coal as an energy source. 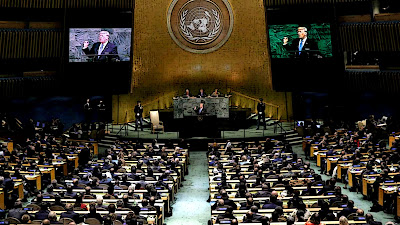 Thus the US––in the teeth of Democrat-supporting environmental and green energy lobbies, and Obama’s multiple regulations targeting energy production–– has seen the market more effectively reduce emissions; while the EU has regulated and subsidized into existence electricity costs that are 2.5 times more expensive than in America. At the same time, an economic and geopolitical rival like China, responsible for 28% of total emissions in 2015, will continue to increase its emissions until 2030, when it promises to start reducing them.

Yet all this doesn’t mean that we should negotiate a better deal, since our economy would still take a hit for no discernible benefit no matter how “good” the deal. Instead, we should make it clear that at this point, there is no compelling scientific evidence that human-caused increases in CO2 is a more important factor in marginally higher temperatures than natural causes. We simply don’t understand, with enough scientific rigor to justify predictions of future events, the intricate complexity and feed-back loops of the multiple systems that account for global climate change unfolding over millions of years, including other atmospheric gasses, water vapor, cosmic rays from the sun, the periodic changes in the earth’s elliptical orbit around the sun, the changing tilt of the earth’s axis, the periodic changes in the “wobble” of the earth’s spin, the effect of tides, and periodic changes in ocean temperatures. These are the factors in climate whose functions and interactions we do not have enough certainty about to claim they all can be overridden by increases of 100 ppm of atmospheric CO2. The state of our knowledge at this point simply does not justify a multi-trillion dollar hit to our economy, or increased energy poverty, or handing over an advantage to a geopolitical and economic rival like China.

Trump, then, should completely opt out of the whole dishonest “climate change” racket, not legitimize it by negotiating with this international boondoggle.

So too with the UN, which Trump has called on to “reform” its corrupt, bloated, and ineffectual bureaucracies. But the problem of the UN is not its corruption or inefficiency. It is the very ideas upon which it is founded. The notion that all the world’s peoples and governments share values of peace, tolerance, cooperation, human rights, popular sovereignty, coexistence, and the peaceful settlement of conflict through diplomatic engagement has been repeatedly proven wrong for more than a century.

The reasons why are obvious. Any organization like the UN that comprises sovereign nations will be hamstrung by their differing, often zero-sum national interests and conceptions of morality. Loyalty to those interests and values are the premier obligation of the leaders of a sovereign nation. They join a multinational institution not because they necessarily believe its principles, but because they think their country or regime will benefit from it. And they ignore or violate its diktats and rules if they believe doing so will further their interests.

As history shows, the various countries of the UN have done just that: they use the UN to pursue their interests at the expense of those of the US and its allies. But then, so do America’s allies, as when France and Germany labored successfully in 2002 to thwart a UN Resolution authorizing the war against Saddam Hussein, despite the fact that he had flouted 17 previous UN resolutions. It simply was not in France’s or Germany’s economic or political interests to remove a genocidal thug and give the UN some credible deterrent power.

The history of the UN, like the history of its predecessor the League of Nations, serially has proven the truth of this obvious reality. In fact, the hollowness of the UN’s lofty ideals, unsupported as they are by real enforcement power, became obvious a few years after it was created. In 1947, UN Resolution 181formally resolved to divide the British Mandate in Palestine into two states, Israel on just 20% of the territory originally promised for a Jewish homeland, and an Arab state on the rest. Within a year Arab nations belonging to the UN, displeased with the will of the multinational institution they had freely joined, attacked Israel in “a war of extermination,” as the Arab League spokesman put it, “and a momentous massacre.” The unpunished use of violence by member states to resolve disputes already adjudicated by the collective will of the international community, and the failure of that community to defend and enforce its decision, exposed the UN as founded not on principle, but on national self-interest and expediency.

Since then, of course, the 49 illiberal Muslim-majority nations of the UN, nearly a quarter of the whole roster, have targeted tiny Israel for calumny and delegitimization. Resolution 2708, for example, passed in 1970, stated that the UN “reaffirms its recognition of the legitimacy of the struggle of the colonial peoples and peoples under alien domination to exercise self-determination and independence by all the necessary means at their disposal.” That last phrase, subsequently confirmed in other resolutions, legitimized terrorism, especially if directed against Israel. And the infamous 1975 Resolution 3379, which proclaimed Zionism a form of “racism,” was revoked––against the will of most of the Muslim nations––only because of defunding threats from the US. But that hasn’t stopped the anti-Israel animus of this organization allegedly founded in order “to save succeeding generations from the scourge of war, to reaffirm faith in fundamental human rights, [and] in the dignity and worth of the human person,” principles shamelessly ignored in genocides carried out in Rwanda and the Balkans, to take just two recent examples of brutal violence perpetrated in the presence of UN “peace-keepers.”

Indeed, our last attempt at “reform” was aimed at punishing the UN Commission on Human Rights, which had a sorry record of singling out liberal democratic Israel while ignoring gross human rights abusers. After intense criticism of its hypocrisy and disputes with the U.S., the Commission was reborn as the Human Rights Council, which quickly started repeating the same one-sided persecution of Israel that “reform” was supposed to stop. It has seated notorious human rights abusers like China, Cuba, Saudi Arabia, and Venezuela, and still disproportionately targets Israel. As indispensable UN critic Ann Bayefsky wrote, “In its history, the Council has condemned Israel more often than any other of the 192 UN states,” condemning Israel in “78 resolutions and decisions, Syria­­––29, North Korea––9, and Iran––6. As for Saudi Arabia, Russia, and China, there’s nothing at all.”

Similarly, last year Hillel Neuer, executive director of UN Watch, made the same point about the Council’s violation of its alleged principles: “Faced with reports of torture in Algeria, forced child labor in Congo, attacks on dissidents in Cuba, abuse of foreign workers in Qatar, incommunicado detentions in the United Arab Emirates, the imprisonment of Caracas Mayor Antonio Ledezma and other democracy leaders in Venezuela, and arbitrary arrests in Vietnam, what has the council done, over its 10 years, to protect these victims? Absolutely nothing. On the contrary: The UN elected every single one of these abusers as a council member.” To cap this record of blatant hypocrisy, last March the Council declared Israel the world’s number one human right violator. An organization this Orwellian should not receive a dime, let alone $11 billion, of US taxpayer money.

Nor is the corruption of the UN just political. In 2006, the UN created the Procurement Task Force, which uncovered fraud, waste, and mismanagement to the tune of $630 million. Two years later the PTS was eliminated, and the UN has not attempted again any financial reform that would anger member states. There’s no reason for our participation in such an ill-run, corrupt organization that overpays its functionaries, and advances the interests of totalitarian thug states, whose votes in the General Assembly are equal to the US’s.

The UN can’t be “reformed,” because it doesn’t have any consistent and unifying foundational moral and political principles that can justify UN policies or legitimize the use of force to deter and punish aggression by its members. Nor does the UN serve America’s interests and security, more often acting in ways that make our attempts to do so harder. Nor do we even need the UN. We are capable of making treaties with other nations that share our liberal democratic values and interests, rather than rubbing shoulders with thugs and autocrats who, like Turkey’s Erdoğan last week, send their minions, armored with diplomatic immunity, to beat up legal protestors on our soil.

To effect transformational change, Trump has to do more than make rousing speeches, no matter how “bold and courageous,” as Benyamin Netanyahu said of his UN address. He has to reject completely institutions founded on a phony international “harmony of interests,” and trust in the American people and our Constitutional order to serve our principles, interests, and security abroad. He should just walk away from such rotten edifices, and not hang around to remodel houses built on sand.