The Sermon on Iwo Jima [MGySgt]


An interesting fact that many of you may be unaware of is the historic events that surrounded a Jewish chaplain on Iwo Jima, where of 70,000 American Marines, 1,500 were Jewish. 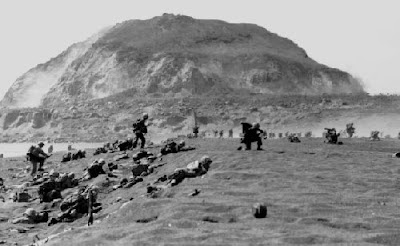 Rabbi Roland B. Gittelsohn, assigned to the Fifth Marine Division, was the first Jewish chaplain the Marine Corps ever appointed. Rabbi Gittelsohn was in the thick of the fray, ministering to Marines of all faiths in the combat zone. His tireless efforts to comfort the wounded and encourage the fearful won him three service ribbons. When the fighting was over, Rabbi Gittelsohn was asked to deliver the memorial sermon at a combined religious service dedicating the Marine Cemetery.

Unfortunately, racial and religious prejudice led to problems with the ceremony. What happened next immortalized Rabbi Gittelsohn and his sermon forever.

It was Division Chaplain Warren Cuthriell, a Protestant minister, who originally asked Rabbi Gittelsohn to deliver the memorial sermon. Cuthriel wanted all the fallen Marines (black and white, Protestant, Catholic and Jewish) honored in a single, nondenominational ceremony. However, according to Rabbi Gittelsohn's autobiography, the majority of Christian chaplains objected to having a rabbi preach over predominantly Christian graves... 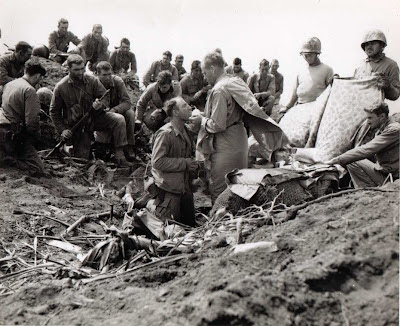 To his credit, Cuthriell refused to alter his plans. Gittelsohn, on the other hand, wanted to save his friend Cuthriell further embarrassment and so decided it was best not to deliver his sermon. Instead, three separate religious services were held. At the Jewish service, to a congregation of 70 or so who attended, Rabbi Gittelsohn delivered the powerful eulogy he originally wrote for the combined service:

Here lie men who loved America because their ancestors generations ago helped in her founding. And other men who loved her with equal passion because they themselves or their own fathers escaped from oppression to her blessed shores. Here lie officers and men, Negroes and Whites, rich men and poor, together. Here are Protestants, Catholics, and Jews together. Here no man prefers another because of his faith or despises him because of his color. Here there are no quotas of how many from each group are admitted or allowed. 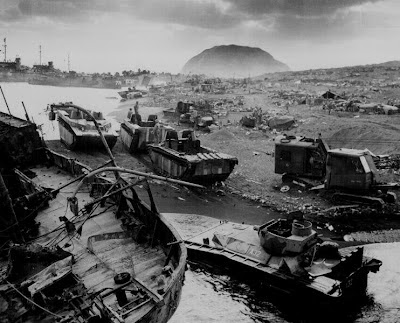 Among these men there is no discrimination. No prejudices. No hatred. Theirs is the highest and purest democracy! Whosoever of us lifts his hand in hate against a brother, or who thinks himself superior to those who happen to be in the minority, makes of this ceremony and the bloody sacrifice it commemorates, an empty, hollow mockery. To this then, as our solemn sacred duty, do we the living now dedicate ourselves: To the right of Protestants, Catholics, and Jews, of White men and Negroes alike, to enjoy the democracy for which all of them have here paid the price.

We here solemnly swear this shall not be in vain. Out of this and from the suffering and sorrow of those who mourn this, will come, we promise, the birth of a new freedom for the sons of men everywhere.

Among Gittelsohn's listeners were three Protestant chaplains so incensed by the prejudice voiced by their colleagues that they boycotted their own service to attend Gittelsohn's. One of them borrowed the manuscript and, unknown to Gittelsohn, circulated several thousand copies to his regiment. Some Marines enclosed the copies in letters to their families. 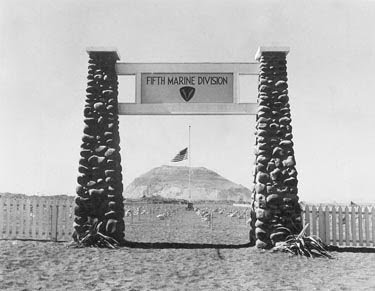 An avalanche of coverage resulted. Time magazine published excerpts, which wire services spread even further. The entire sermon was inserted into the Congressional Record, the Army released the eulogy for short-wave broadcast to American troops throughout the world and radio commentator Robert St. John read it on his program and on many succeeding Memorial Days.

In 1995, in his last major public appearance before his death, Gittelsohn reread a portion of the eulogy at the 50th commemoration ceremony at the Iwo Jima statue in Washington, D.C. In his autobiography, Gittelsohn reflected, "I have often wondered whether anyone would ever have heard of my Iwo Jima sermon had it not been for the bigoted attempt to ban it."

The story of Chaplains within our armed services is profound. My favorite is that of the Four Immortal Chaplains.