PARDON MY CHORTLING: California's Cap-and-Trade Scam to Spike Gas Prices as Much as $.70 a Gallon

Thanks to their religion of global warming, Democrat politicians will cause gas prices in California to rise as much as $0.70 a gallon next year. 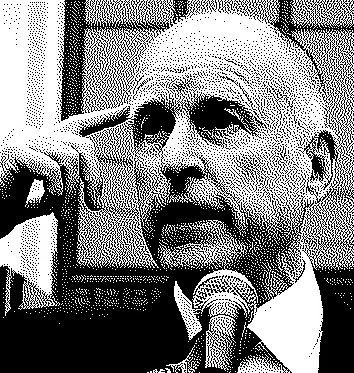 ...Beginning in January, fuel suppliers in California will have to comply with the Cap and Trade program. The 2006 initiative seeks to reduce greenhouse gas emissions in the state. And it seems generally expected that the coming change will lead to higher gasoline prices.

Projected increases range from 10 cents to 69 cents a gallon. In San Diego County, where the average price on Friday of a gallon of self-serve regular gasoline was $3.894, that would be a significant jump into the $4 or more territory...

...Some politicians are worried about possible spikes in gas prices. Sixteen Assembly Democrats have sent a letter to Gov. Jerry Brown’s administration asking for a delay in the program, and a bill has been introduced that would postpone the change.

Are Democrats concerned about their insane policies, their impact on energy prices, the increased flight risk of businesses and productive individuals, and the ever-diminishing prospects of a once-great state?

No, of course not. They're worried about themselves -- their reelection chances.

at 11:19 AM
Email ThisBlogThis!Share to TwitterShare to FacebookShare to Pinterest
Labels: Brown, Climate, Crime, Democrats, Energy

The Democrats have destroyed a once great state. Lying POS Brown is in the process of finishing it off.

The democrats have nothing to worry about in the California State government. The majority of people in California are brain dead and so supported mentally incapable liberals. We barely make ends meet now. Next year it will be worse thanks to Moonbeam.

"Sixteen Assembly Democrats have sent a letter to Gov. Jerry Brown’s administration asking for a delay in the program, and a bill has been introduced that would postpone the change."
Another words 16 Democrates want it to be delayed just long enough to be reelected, then to hell with you, you wont be able to do a damm thing about it.

How many democrats does it take to write a letter? Answer; at least sixteen.

Wait until the folks in CA learn how much their utilities are going to"skyrocket" (just like Obama warned us in 2008) after the EPA's new cap and trade regulations go into effect. Everyone will be paying through the nose. I worry about the middle-class and poor people who live where it really gets cold. Will they be able to afford to heat their house? Will the utility companies be able to provide the electric power needed if they have to comply with all EPA's regulations? BTW, EPA's new regulations are essentially the cap and trade bill that the Democrats couldn't pass when they ruled both houses in Congress and the White House.