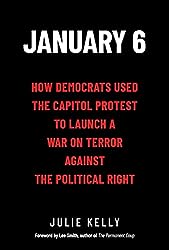 • The White House solution to record-high gas prices: Get an electric car you poors. Tristan Justice
• Getting Squeezed at Pump? Blame Biden, Not Putin Douglas Blair
• There is no need for more COVID money Examiner

• Biden and Xi prepare to talk as tensions mount over Russia's war in Ukraine Katherine Doyle
• The Putin purge is in full swing Jazz Shaw
• Strange flights and fired generals: Is something up in Russia? Hot Air

• Fauci AWOL as rise of omicron subvariant in Europe and UK raises prospect of US surge Cassidy Morrison
• There’s A Lot of Young, Healthy Servicemen Suddenly Dying in Their Bunks, and The Military Won’t Talk About It Sophie O’Hara
• 36-million-year-old whale fossil found in Peruvian desert Carlos Mandujano

The DC newsrooms knew it. They covered it up.

This is a total crisis for the US media.

"Hunter's laptop would have sunk Biden's election"??? Please. The fix was in. Trump legitimately beat Biden by over 14 million votes but they were going to do WHATEVER was necessary.

And "This is a total crisis fro US media" HAHAHAHA Right now, they have 3 major narratives going that are lies.

As well as a dozen or so other not quite major lies. The US media is performing exactly as expected.

2008: Knowing Barack Obama's full background would have sunk his election.
Solution? Democrats and Liberal Press covers it up.

2012: Knowing the full background of the attack on the US Consulate in Benghazi would have sunk Obama's re-election.
Solution? Democrats and Liberal Press cover it up.

2016: Having Donald J. Trump become President would have sunk the Democrats' agenda.
Solution? Democrats and Liberal Press invent a scandal based on hearsay and fabrication.

2020: Knowing Hunter Biden's laptop was authentic would have sunk Biden's (s)election.
Solution? Democrats and Liberal Press cover it up.

2024: What will the Democrats and Liberal Press cover up or invent to win this election?

First step is to identify it...

@MMinWA - good points all... similarly, the idea has to be to identify first and then determine how the target it mocked, ridiculed, scorned and discarded.