GENIUS: Obama Goes to War in Syria with the Very Same Weapons Systems He Canceled 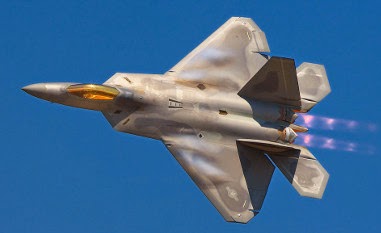 National Defense: The president launches attacks on the Islamic State with two weapons systems that were targeted for elimination by the administration years before their usefulness ended or any replacements were ready.

With the decision to launch air and missile strikes against Islamic State targets in Syria, in addition to ongoing strikes in Iraq in what is said to be the start of a long and sustained campaign to "degrade and destroy" the terrorist group, President Obama has stumbled upon a revelation:

The military whose budgets he's slashed and weapons systems he opposed is suddenly quite useful.

As the Washington Post reported, the first strikes Monday night included a volley of 47 Tomahawk cruise missiles from two warships, the guided missile destroyer Arleigh Burke and the guided missile cruiser Philippine Sea. They are part of the George H.W. Bush carrier battle group led by the aircraft carrier of the same name.

The problem, as we reported back in March, is that the Tomahawk was slated by Obama to be phased out of the Navy's inventory, with no timely replacement ready. Under his budget proposals, the Navy, which as recently as last year had plans to buy 980 more Tomahawks, the primary cruise missile used throughout the fleet, would see purchases drop from 196 last year to just 100 in 2015. The number will then drop to zero in 2016.

Doing the math, we see that Obama has already consumed in one night of strikes 47% of next year's planned purchases. The naval inventory will soon be depleted at this rate unless we crank up the arsenal of democracy and stop beating our swords into solar panels. As Thomas Lifson at the American Thinker calculates, the U.S. supply of roughly 4,000 Tomahawks would be exhausted in about 85 days at that rate of use.

How ironic is it that Nobel Peace Prize Laureate Obama also used the Tomahawk missile he seeks to scrap as his weapon of choice when on March 19, 2011, he launched Operation Odyssey Dawn. On that day, he fired 112 Tomahawks at Libyan targets to enforce a United Nations-backed no-fly zone in support of Libyan rebels fighting Moammar Gadhafi. Some 220 Tomahawks were fired in total at Libyan targets.

A Syrian campaign is going to be tougher than the effort in Libya, where there was no sophisticated air defense weaponry to worry about, which is why the Air Force chose to use the F-22 Raptor for the first time in combat. Its ability to evade radar detection plus its high-speed maneuverability make it ideal for high-risk environments.

Yet F-22 production was capped at 187 in the defense cuts that were part of the fiscal 2010 budget.

In 2009, Obama said expanding the F-22's procurement budget would be "an inexcusable waste of money" and Congress took away $1.75 billion for additional planes in the 2010 budget. The last F-22 rolled off the production line in 2011.

Another "Cold War" weapon, as Obama calls it, that was slated for the scrap heap but which will be used against the Islamic State is the A-10 Warthog, which entered service in 1972 and was designed to destroy Soviet tanks on a European battlefield. According to Business Insider, the Pentagon is to deploy a dozen A-10s to the Middle East in October, the Indiana National Guard reports.

Former Defense Secretary Leon Panetta has warned that under Obama's budget cuts and sequestration our military will have "(t)he smallest ground forces since 1940," "a fleet of fewer than 230 ships, the smallest level since 1915," and the "smallest tactical fighter force in the history of the Air Force."

The issue is not just boots on the ground, but whether we have enough boots, or anything else, under Obama's unilateral disarmament.