REMINDER: Mary Landrieu, Claire McCaskill, and 44 other Democrats Voted to Cede Your Gun Rights to the U.N.

In July Adm. James A. Lyons (Ret.), former Commander-in-Chief of the Pacific Fleet and a senior military representative to the United Nations, described the ominous goals of the "One World Government"-types as it pertains to firearms:

The Arms Trade Treaty “includes only a weak nonbinding reference to the lawful ownership, use of, and trade in firearms, and recognizes none of these activities, much less individual self-defense, as fundamental individual rights.” When coupled with the treaty’s ceding of interpretive authority to other countries, this poses a direct threat to the Second Amendment. 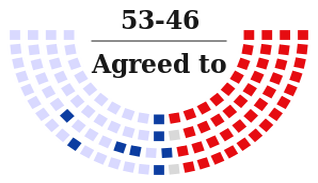 46 Democrats voted against the amendment, meaning they seek to surrender U.S. sovereignty to the U.N. by erasing the Bill of Rights, one by one.

According to Lyons, the treaty is exceedingly dangerous because it can be amended by a majority vote of signatory countries, which would negate the Senate's constitutional authority to approve treaties by ceding it to foreign countries.

In addition, the treaty could prevent the U.S. from providing arms to strategic allies like Taiwan and Israel.

In short, the ill-named U.N. "Arms Trade Treaty" -- like Agenda 21 -- is a Trojan Horse, explicitly designed to usher in an era of "One World Government".

And Senators Mary Landrieu (D-LA) and Claire McCaskill (D-MO) both voted to give away your Constitutional rights to Third World dictators, despots, and fascists.

I hope you let your friends in Louisiana and Missouri know.

No treaty can undermine the Constitution. If they want a war I can think of no better way to start one.

Laws written by tyrants and crooks ain't laws. It is diktat. And diktat by tyrant and crook isn't law because it is diktat that us little people are to obey but those dictating ignore all law with impunity? What do you idiots think you are? Gods or something? My primal liberty and freedoms, without any doubt my right to bear arms and defend myself from you said crooks and tyrants is not dependent in any way shape or form on your permission, or not.

I will put it as bluntly as I can.
Shove your "laws" where the sun don't shine.
I'm done with you bastards and your lousy bullshit.
Come and take em motherfuckers.
You want a war so bad you worthless pieces of human garbage?
You got one.
Because it is war on me you will have to wage if you think you can take my arms.