National Labor Relations Board Ruling to Destroy Franchised Businesses... For the Children

Forbes contributor Mark Hendrickson sounds the alarm on another devastating blow to the economy, one inflicted by the most anti-business administration since that of FDR.

The NLRB has issued a ruling that McDonald's Corporation may be considered a joint employer of McDonald’s franchisees’ workers. If allowed to stand, this ruling will redefine the relationship between franchisors and franchisees by declaring both to be joint employers. This is bad law, bad for business, and bad for employment. 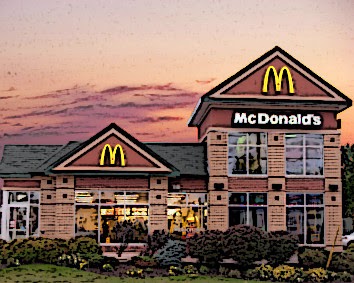 It’s bad law because it would unilaterally abrogate long-accepted contractual arrangements between thousands of franchisors and franchisees. It’s also bad law because it is an insult–no, a repudiation–of representative government. A major change in law that affects so many individuals and businesses is properly the province of Congress. By usurping the legislative prerogative, three unelected political appointees (a majority of the five-person NLRB) are presuming to make a decision that rightly should be made by [Congress].

The NLRB ruling will be immensely disruptive to all the franchisors and franchisees in the country. Indeed, it would destroy the harmony between a franchisor and its franchisees.

Currently, franchisors exert no control over hiring, firing, assigning workers to different shifts, determining the length of those shifts, deciding which worker performs which functions, etc. and if franchisors are now to be deemed joint employers of those who work in each local franchise, they would need to hire additional workers to be on site. You can’t manage a workforce in Peoria or Mesa or Tupelo from Chicago (or, in the case of McDonald’s, Oak Park). How would a franchisor cover these additional costs? They would have to receive a larger percentage of the franchisees’ income. They also might find it expedient to enter into a nationwide bargaining agreement with a union that would represent the workers in all the franchises, figuring that it would be more manageable for them to deal with one collective bargaining agent than having to micromanage labor issues in a large number of franchises.

...Clearly, the new NLRB ruling threatens to destroy jobs at a time when the overall job market remains less than robust. As is so often the case, government intervention in the name of helping America’s workers will end up imposing a severe toll on many of those workers.

Why would the NLRB promote a ruling certain to negatively impact small businesses and workers? Because it "is designed to help labor unions, a key element of President Obama’s powerbase."

Vice president Obama and President Jarrett are out to destroy our nation. The freaks they appointed to the NLRB are simply doing their bidding?

Where is John Boehner and the hacks running the GOP? Running the other way.

The NLRB is another government entity that can be taken down, by either Congressional approval or Congress not funding it.

The keyword is "Congress".

Expect dismal job creation to continue, today many forces are coming together that tend to make this the new normal. Over the years as we have become able to produce more with less labor we have seen the fruits of our work improve the lives of many people.

Today we enjoy being able to have far more goods and luxury's then at any time in history, but soon we will find ourselves competing with robots for jobs and see many of our options for earning a living swept away.

Today many people forget that small business is the backbone of America, they are the real job creators and the place where people "with skin in the game" do the real work.

Small business is where workers are trained, the place where skills are learned and honed. It does not help that the President and most of Washington lack solid backgrounds in both business and the economy. Most have never had to meet a payroll. More on this subject in the article below.