The Government and Corporate Media vs. Economic Reality 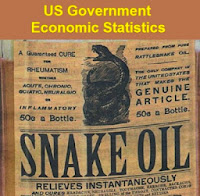 I never believe government manufactured numbers. They will always be adjusted, massaged, and manipulated to achieve a happy ending for the propagandists attempting to control and fleece the sheep. Yesterday, the government produced retail sales numbers for August that were weak and the corporate MSM propaganda machine immediately threw up bold headlines declaring how strong these numbers were. Positive stories were published on the interwebs and Wall Street hack economists were rolled out on CNBC, where the bubble headed bimbos and prostitutes for the status quo like Jim Cramer and Steve Liesman declared the recovery gaining strength. Woo Hoo.

If everyone else is whipping out that credit card, why aren’t you? Credit card debt has reached a new post recession high. They tell me consumer confidence is soaring. Forget about the 92 million working age Americans supposedly not in the labor force. Forget about real household income hovering at 1999 levels. Forget about median household net worth still 30% lower than 2007. Forget about what you see with your own two eyes in malls, strip centers and office parks as you motor around our suburban sprawl empire of debt. Those Store Closing, Space Available, and For Lease signs mean nothing. 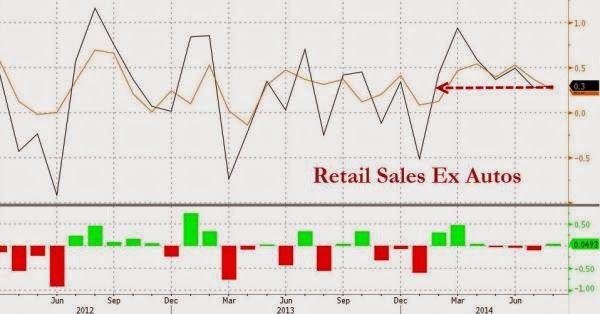 I didn’t get a chance to peruse the commerce department drivel until this morning. They put out unadjusted data and adjusted data. Shockingly, the adjusted data is always rosier than the unadjusted data. I wonder why? I can understand the rationale for adjusting month to month data due to holidays and calendar events. But I still don’t trust the adjustments. There should not be a major difference when comparing year over year data. The adjusted data should reflect the same relationship to the unadjusted data on a year over year basis. Well guess what? It appears our friendly government drones may be pumping the current data to give the appearance of recovery. Here are my observations after taking a look at the government propaganda report:

As a side note on the accuracy of this government data, in a previous role at IKEA, when I was a much younger man, I was responsible for filling out the monthly government retail surveys for the Census Bureau. The government drones collecting this data do not check it. They do not require proof that it is right. It is self reported by retailers across the country. Filling out this crap for the government was about as low on my priority list as whale shit. If I was really busy, I’d make the numbers up, scribble them on the form and put it in the mail. The numbers the government are accumulating are crap. And then they massage the crap. And then they publish the crap as if it means something. It’s nothing but crap.

When you see the headlines touting strong retail sales, you need to consider what you are actually seeing in the real world. RadioShack will be filing for bankruptcy within months. Wet Seal will follow. Sears is about two years from a bankruptcy filing. JC Penney’s turnaround is a sham. They continue to lose hundreds of millions every quarter and will be filing for bankruptcy within the next couple years. Target and Wal-Mart continue to post awful sales results and have stopped expanding. And as you drive around in your leased BMW, you see more Space Available signs than operating outlets in every strip center in America.

My anecdotal proof of this relentless slow motion retail trainwreck is twofold. We received our second 30% off discount coupon from Kohl’s in the last three weeks. We are so indifferent to these constant offers that we didn’t even use the first one. I have to wear dress clothes to work every day, so I went over to Kohl’s this morning when they opened at 8:00 am to get some dress shirts and pants.

The parking lot was an oasis of empty spots and there were maybe 5 customers in the entire store. I went to the mens’ section and was shocked to see about two dozen 60% to 80% off racks. There are usually two or three racks. The store was overflowing with summer merchandise. Summer is over. The store should have been overflowing with Fall merchandise. They are clearly in the midst of an inventory disaster. I found excellent dress shirts on the 70% off rack. Everything I bought was at least 50% off, even before my 30% coupon and another $10 menswear coupon.

I live in a relatively upscale suburban area and still this Kohl’s is an absolute disaster. Their gross margin is going to be hammered. Profits are going to implode. Kohl’s has always been a favorite retailer of the middle class. Decent quality at reasonable prices. Their comp store sales were between positive 5% and 15% for years, until the 2008 financial collapse. Their struggles since then coincide with the decline of middle class incomes and the fake jobs recovery. The fact that they are spiraling downward flies in the face of the propaganda being spewed by the government and media.There is no recovery for the average American.

My second data point happened on Thursday. An accident on the Turnpike forced me to take Lincoln Drive and Germantown Pike home from work (1 hour and 55 minutes of agony). I hadn’t taken this route in about six months. Germantown Pike winds through the Chestnut Hill section of Philly. This is an artsy fartsy area with boutique retail, chic outlets, and fancy restaurants. The upper middle class frequents the area. The retail stores were always open, occupied and busy.

Not anymore. I saw dozens of empty storefronts, Space Available, and For Lease signs. The open stores had no customers. The trendy eating establishments had few patrons. Even the yuppie latte drinking areas are beginning to crumble. Every office park I passed had Space Available signs in front. The amount of vacant retail and office space in this country is too vast to comprehend and is being under-reported by the real estate whores whose job it is to rent space. Ignoring the facts and the truth doesn’t change the facts and the truth.

You can ignore the government reported happy talk. When retailers and restaurants report their actual sales and profits, the truth shall be revealed. It will set you free.

At 59, I've been out of the work force for the last 13 months. No income, living off what savings I saved.

I can't get over the cost of food the last couple years, yet you hear nothing about inflation.

Go into any local drug store, home center, etc., and it seems you always are spending $50.

I guess it's just me, because the government and media keeps saying how great everything is.

"The government and media keeps saying how great everything is."

Did anyone see The Daily Show's blatant cheerleading of Obamacare last Thursday? My premiums have shot through the roof, my deductible is ridiculously high, so my family's coverage is pretty much worthless, but The Daily Show says that everyone now loves Obamacare! Others in the media are pushing the same pro-Obamacare story

Betsy McCaughey had the good sense to take off her mic and tell them to go away.