Who Forced Eric Holder Out? 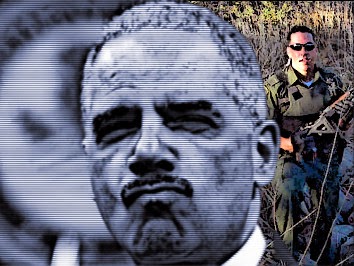 On Thursday, September 25, Eric Holder announced that he would step down as Attorney General of the United States. If you are a regular reader of the Weekly Update, you know that since the day he was appointed to office, Judicial Watch has battled day in and day out to prevent Holder from continuing to corrupt the Department of Justice (DOJ). And, in fact, in January of this year, we named him to the Judicial Watch list of the “Ten Most Wanted Corrupt Politicians” for the sixth year in a row. Many quickly credited Judicial Watch’s work with helping to force Holder out. Former DOJ attorney Sidney Powell was blunt in her New York Observer column about Holder’s disastrous tenure:

He has made the Department of Obstructing Justice notorious. Federal judges are stepping in to end his stone walling of Congressional and other investigations on several fronts, and now he’s on the run.

Why now? What is about to blow up?

You can see some of what is to blow up in my Judicial Watch statement issued to the press immediately upon hearing of Holder’s intended resignation:

The disgraced Holder’s exit is past due accountability for Holder’s Fast and Furious lies, and I hope it brings some solace to the family of U.S. Border Patrol Agent Brian Terry and the hundreds of innocent Mexicans likely killed thanks to the Holder Justice Department’s scheme that armed the murderous Mexican drug cartels.

In 2009, Judicial Watch opposed Holder’s confirmation as Attorney General, noting that “Mr. Holder’s record demonstrates a willingness to bend the law in order to protect his political patrons.” The U.S. Senate, including many Republicans, ignored Holder’s record and confirmed a man who went on to be one of the worst Attorneys General of the modern era.

Mr. Holder, his appointees, and his agency have lied repeatedly to Congress and the American people. He has damaged the Justice Department by putting politics, ideology, and race above the rule of law. Disturbingly, Mr. Holder refused to enforce the law in a race-neutral manner. And, when it comes to government transparency, Holder’s Justice Department became one of the worst violators of the Freedom of Information Act, manufacturing new legal excuses for government secrecy that would make Richard Nixon blush.

In Eric Holder, President Obama found his John Mitchell – an attorney general who would lie, obstruct investigations, and ignore or simply not enforce the law in order to advance his president’s unbridled will.

As the press is writing his political epitaph, I hope it is also remembered how Holder lied to Congress and how his agency assaulted Freedom of the Press by collecting the private email correspondence of reporters, seizing their phone records and tracking their movements as part of an investigation of perceived leaks.

“Justice” took a holiday during Eric Holder’s reign at the Department of Justice. The man can’t leave office soon enough.

Thankfully, some key media noted that scandal was behind Holder’s resignation. I appeared for 30 minutes on Michael Savage’s national radio program to discuss this issue and many outlets picked up the JW point tying the pressure from our victories on Fast and Furious and the IRS to Holder’s departure. We are honored especially that Agent Terry’s family saw the link as well. Terry’s sister, Kelly Terry-Willis, commented to Townhall.com’s Katie Pavlich:

“I personally think Eric Holder was really hoping that the documents would never be made public to my family and the American people,” Terry-Willis tells Townhall. “Will we ever get the accountability for my brother, Brian, Jaime Zapata and every other person who lost their lives to the guns from this horrific scandal? I don’t know, but I have a serious gut feeling when we finally see what is in those documents….the dynamics of this investigation are going to change and hopefully the people involved are brought to justice. Eric Holder can run, but there will be no hiding. The truth always reveals itself.”

Once again, Judicial Watch’s persistence, made possible with the support of hundreds of thousands of Americans, has paid off.