HAPPY YET, DRONES? Early Preview of Obamacare Premiums Show a 40% Spike in 2015

It is my sincere hope that one day conservatives will kick teachers' unions to the curb and retake the nation's educational system. One of the first orders of business then would be to teach not only the genius of the American founding but also the utter, repeated and unbroken failures of collectivism.

Which brings me to Obamacare, a socialistic plan sold on a panoply of lies and doomed from the outset to failure. Failure that even the Obama administration acknowledges, with its serial and unlawful rewrites of the statute, along with delays and modifications to shield a complicit Democrat Party from enraged electorates.

As for what collectivism applied to health care will do to insurance premiums? It's just as we predicted. 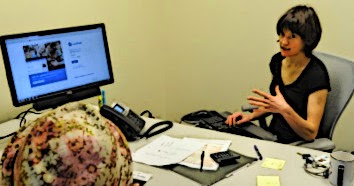 On Thursday, the Alaska Division of Insurance announced hefty insurance rate increases in 2015 for Alaskans who purchased individual plans under the Affordable Care Act.

...In 2015, Premera Blue Cross insurance rates will increase between 35 and 40 percent, Wing-Heier said. Those plans cover roughly 7,000 Alaskans. Alaskans who chose a silver plan (the most popular) through Premera will see an increase of 37 percent.

Why the shocking and unprecedented increases?

Wing-Heier said 2015's greater increase is due to the small number of Alaskans on the individual market: “For insurance to work the way it’s intended ... you pool your risk and spread it across the pool.”

Insurers were facing “some very horrific claims” with “just not enough people” to balance it out, she said... ...“There are not enough healthy members in Alaska’s individual market to offset the cost of members with very high medical costs...”

Alaska is but a microcosm of the insanity laced throughout the ill-named "Affordable Care Act."

Thousands of years of human history have proven, if nothing else, that central planning can never replace the efficiency of free markets.

And still the hard left, Marxist-controlled Democrat Party insists on its suicidal vision for America. We, the American people, will pay the price for their insane plans. And they, the oligarchs, won't feel a thing.

Not to worry: When the IRS cracks down and collects the mandated penalty fee from the 30 or so million people who didn't sign up for ObamaCare then they'll have PLENTY of money to reimburse the higher premiums of those who did sign up.