In President Barack Obama’s second term, the Senate has confirmed more than twice the number of judicial nominees than were confirmed in President George W. Bush’s second term. This is due mostly to the fact that Senate Majority Leader Harry Reid, D-Nev., succeeded in eliminating the filibuster for judicial nominees (excluding the Supreme Court, at least for now) in November 2013.

In this post-filibuster world, it’s a relatively easy task to push through almost any nominee—even those (such as now-First Circuit Judge David Barron) who were opposed by some Democrats. But Republicans could stop this trend if they take the Senate in the upcoming election. 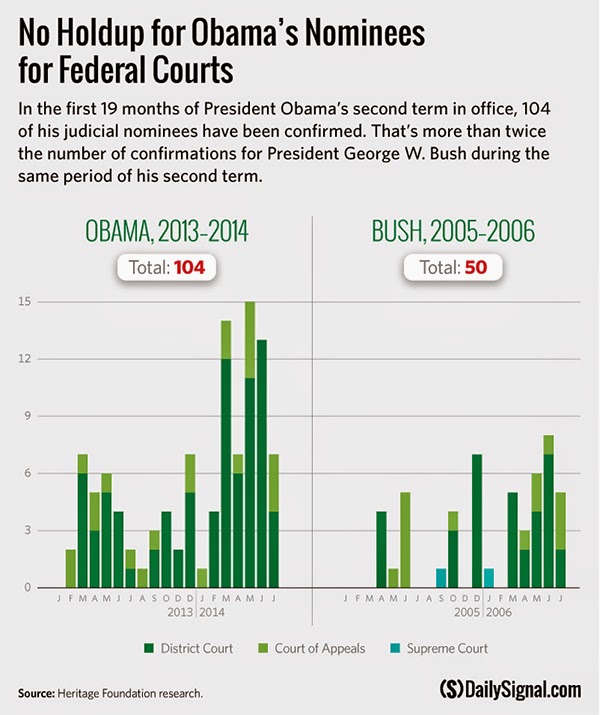 Read more at The Daily Signal.

This is what will eventually destroy the United States of America.