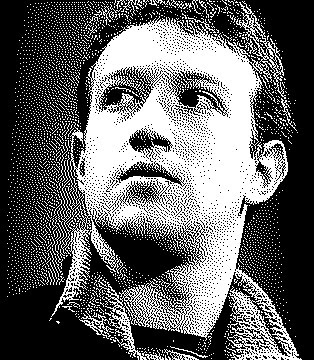 As depicted in the movie “The Social Network,” Zuckerberg infamously stepped on the toes of the very people who helped him rise to the top for his own financial gain. For example, Zuckerberg settled with the “Winklevoss twins” after they sued Zuckerberg for ripping off their idea to program a social networking site they had founded called ConnectU, before Zuckerberg launched Facebook. In another example, Zuckerberg outlined in an email his plan to dilute co-founder Eduardo Savarin’s shares down from more than 30 percent without modifying the stakes that were held by other shareholders. (See “6 People Mark Zuckerberg burned on his way to the top” by Courtney Palis, Huffington Post, May 17, 2012.) This sort of “toe-stepping” is only the beginning and hardly a taste of Zuckerberg’s less-than-credible, money-hungry reputation. My next example is far more serious.

Due to the lack of liability attached to Internet entities, such as Facebook, for permitting and furthering terrorist conduct on their forums, terrorists groups are using the network to grow much stronger. As outlined in my lawsuit against Facebook and Zuckerberg, I came across the “Third Intifada Page” on Facebook. The page, which had over 300,000 followers, contained terrorist death threats and calls to carry out said death threats against all Jews. As a person of Jewish origin and pro-Israel activist with a highly public opposition to radical Islam, I feared an imminent attack to cause me severe bodily harm or even death. My fears were justified because I received death threats as a result of the page. Consequently, I, along with the public diplomacy minister of Israel, simply asked Facebook to take down the page. Facebook refused, and as a result, Jews actually DIED. The page remained on Facebook for a staggering two weeks!

What are the reasons Facebook allowed the “Third Intifada Page” to remain online for so long while people were dying? The truth is simple: Zuckerberg is more concerned with increasing viewership and participation in the Middle East and elsewhere for his personal financial gain by increasing the value of any future public offering of shares than he is concerned with saving peoples’ lives. To Zuckerberg, if saving lives decreases viewership, he will have no part in it. Zuckerberg has become well aware that furthering and allowing terrorist death threats to remain on Facebook increases readership, which boosts the value of his shares. Facebook’s commercial objective has also obviously been to raise its user base to boost Facebook’s profits, and he will stop at nothing to make it happen.

Although Zuckerberg and Facebook are well aware of my lawsuit, and are also well aware that their decision to further terrorism on the “Third Intifada Page” led to the deaths of many innocent Jews, they did not learn their lesson. More recently, beyond the issues pertaining to the Palestinians and the Jews, Facebook is permitting and encouraging current terrorist groups, including ISIS, to use Facebook as a forum to group together and commit more terrorist acts. The extremist group is using all forms of social media to intimidate its enemies and recruit followers. ISIS terrorists are specifically using Facebook to link to friends and sites that support the Islamic State. On countless pages, ISIS terrorists are posting pictures of themselves holding weapons and raising their right index finger pointed to the skies, a symbol of ISIS. Facebook could easily remove these pages and help save countless lives by preventing ISIS from using Facebook to multiply and carry out countless death threats. Of course, that would mean a reduced viewership for Facebook and less money in Zuckerberg’s fat pockets.

One way to stop Facebook from furthering terrorism is to contact Facebook and Zuckerberg and tell them to take down any and all pages used by terrorists. Nothing will happen, but it’s worth a shot. Another way is to hit Zuckerberg where it really hurts – his wallet. I suggest deleting your Facebook profiles and telling your friends to do the same. You should also tell your friends who do not have profiles to not sign up. If not supporting Zuckerberg isn’t enough to convince you to stay away from Facebook, just think of it as a way to make it more difficult for the NSA to spy on you. I may know a thing or two about the NSA.

Now, while I hope you all enjoyed, as I did, “The Social Network” for accurately depicting Zuckerberg as an evil man who will do anything for his personal financial gain, please stay tuned for the movie’s sequel, “The Terrorism Network,” starring Zuckerberg, ISIS, Barack Hussein Obama and a resurrected Osama bin Laden. I hear it’s going to be a real killer!

My case against Zuckerberg and Facebook is now before the Supreme Court, as ironically, on Sept. 11, I filed a Petition for Writ of Certiorari to ask the Court to put an end to this outrageous and extremely harmful, deadly conduct.

This is a snot nosed spoiled brat who by the grace of God, had a talent that made him wealthy.

As often the case with "smart guys", they have absolutely NO common sense. None, zero, zilch.

Too much too soon for this a-hole. He's the Paris Hilton of political interlopers.

Does anybody else doubt the whole Zuckerberg story?The facebook phenomenon has been the biggest boon to the domestic spying effort ever created.Did Zuckerberg have under the table help from agencies hoping people would place their private lives on a public website for unrestricted perusal?Is he just a frontman for less photogenic,even creepier voyeurs of governmental persuasion?

This momzer needs to be whacked in the "Soprano" sense of the word. The world would be better off without this piece of shit.

In the real world this POS would not exist. He needs to get whacked up down and sideways. Here me Goombas?