In a prime time address to the nation on the eve of 11 September 2014, President Obama pledged an expanded U.S. effort to destroy the Islamic State (IS), which he still calls “ISIL” (Islamic State in Iraq and the Levant). American air power, stepped-up training for anti-Assad Syrian jihadis (which he calls “moderate rebels”), an additional $25 million in financial aid to Baghdad, and partnership with “a broad coalition” (that currently consists of 9 countries) comprise the key elements of the new military campaign. 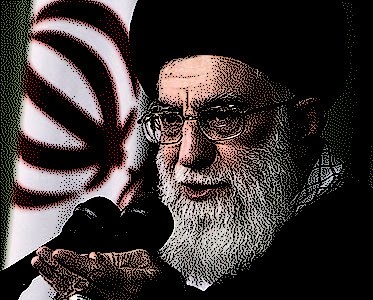 Given that the only territory IS currently threatens are the regimes of two Iranian puppets – one in Baghdad, one in Damascus – Obama’s announcement in effect amounts to a renewed U.S. commitment to support Tehran’s grip on regional hegemony. The nuclear talks about how quickly the U.S. will accede to the Iranian bomb resume in another week.

Remarkably, the president opened his remarks with the rather preposterous claim that “ISIL is not Islamic.” Now, Obama himself has admitted in his autobiography “Dreams From My Father” that he “made faces during Quranic studies.” Still, it might be expected that he retained something of those madrassa lessons—or at least that White House advisors (not the Muslim Brotherhood ones, though) would have steered him away from such an egregious misstatement.

As it is, one of the reasons that the Saudi regime is so shaken by the approach of IS forces toward its borders is precisely because Riyadh royals know full well their Islamic piety doesn’t begin to measure up to the purity of IS practice. Abu Bakr al-Baghdadi, the IS leader, not only boasts a Ph.D. in Islamic Studies from a Baghdad university, but wears the black turban to signify descent from Muhammad. Whether entitled to claim the Islamic prophet’s bloodline or not, al-Baghdadi models his every action on the example Muslims believe set out for them centuries ago by the founder of their faith. For Muslim purists like al-Baghdadi, the Qur’anic verse 33:21 that tells them “Ye have indeed in the Apostle of Allah a beautiful pattern of conduct for any one whose hope is in Allah and the Final Day…” is taken quite literally (amputations, beheading, crucifixions, flogging and all).

Obama rambled on, claiming next that “ISIL is certainly not a state.” Unfortunately for the Iranian proxies in Baghdad and Damascus that are his intended beneficiaries, it is their former states that no longer exist—because the Islamic State, the Caliphate, has dismantled them. Obama did seem to recognize the effective erasure of the 1916 Sykes-Picot borders at least in some measure, though, as he declared his intent to expand U.S. air strikes more evenly throughout the Caliphate (including into what used to be called Syria as well as the former Iraq).

Apparently in pursuit of a public relations coup that’s eluded him of late, Obama nevertheless offered up additional glimpses of his unenviable conundrum about which jihadis to support on the ground in the intra-Islamic sectarian struggle that’s torn the region apart since the Islamic Uprising began in 2011.

For example, he seems to have conveniently forgotten that the ranks of today’s IS are full of Syrian jihadis armed, funded, and trained by U.S. Special Operations Forces (SOF) in cooperation with the now-terrified Hashemites, NATO ally Turkey, Muslim Brotherhood sponsor Qatar, and the flailing Saudi monarchy. A monster has slipped the leash but the American president says he’s more than ready to provide even more support to more Syrian rebels, who, this time, definitely will be exclusively the ‘moderate’ ones.

But what about the threat to the homeland if IS is allowed to exist and consolidate? Well, the question somehow is never asked about how either individual jihadis or small jihadi cells that an IS enclave might direct to attack the homeland are in any way different than the jihadis the Iranian or the Saudi state have launched our way over the decades—to include the hijackers of September 11, 2001 or the uncounted numbers of Hizballah cells operating across the Americas today. But there’s never been a hint of a suggestion that those jihadist sponsoring states constitute a compelling national security threat to the U.S. that requires an international coalition to deal with them.

The real issue has to do with America’s failure to acknowledge that Jihad War has been declared against us and is being fought by an entire axis of Islamic forces ranging from individual jihadis (like Maj. Nidal Hassan), to sub-national terrorist organizations (like al-Qaeda), to Muslim nation states (like Iran)—and now the new Caliphate. IS even spells out in clear and simple language how it intends to draw the West back into the killing fields of the Middle East; but Obama’s studied refusal to acknowledge or confront the thoroughly Islamic character of the new Islamic State would seem to indicate either that he continues to miss his daily intelligence briefs—or possibly that no one has the temerity to explain al-Baghdadi’s End Times eschatology to him.

As described in the slick, English-language online magazine that IS calls “Dabiq,” the final battles (the Malahim) must take place against the “crusader” forces in and near the land of al-Sham (Greater Syria). For this to happen, there have to be “crusader” forces in al-Sham for the Caliphate to fight. The American president, even as he denies the Islamic spirit that animates and infuses the IS forces, is being prodded (in part by frightened public sentiment) into helping to fulfill the ultimate Islamic End Times scenario.

Talk about multitasking: at one and the same time, Obama will not admit that Islamic forces once again are on the march across the Middle East and North Africa – but yet he aids and abets their rise to power. The Shi’ite-dominated heartland of the Middle East has been designated for Iranian hegemony: this includes Iran itself, Iraq, Syria, Lebanon (held by Hizballah, the Iranian terror proxy), and perhaps one day even the Shi’ite-populated east coast of Saudi Arabia.

Refusing to lift a finger to support the brave Iranian people who took to the streets in 2009 by the millions to demand their liberty, but springing to the attack against the Islamic State (because it threatens Baghdad and Damascus) is of a pattern for this president—who also was quick to ensure that al-Qaeda militias received all the weapons they needed to overthrow the ‘unfaithful Arab ruler’ (meaning non-shariah-adherent) Qaddafi in Libya in 2011 – because North Africa is for the Sunnis.

With his latest pledge of U.S. alliance and assistance to most anyone who will take on the IS threat to Iran’s sphere of influence, Obama has stepped onto a slippery slope. America has already lost over 4,000 of its bravest and finest with tens of thousands more injured in Iraq since 2003—many of those on the receiving end of an Iranian-made IED. Our national leadership has never held either Iran or Saudi Arabia to account for their roles in the attacks of 9/11.

How much more will the U.S. sacrifice to defend shariah and jihad?