THE SISTER OF BRIAN TERRY SPEAKS OUT: Eric Holder's Resignation is No Accident

Scandal: The attorney general who oversaw the administration's Fast and Furious gun-walking operation into Mexico resigns right after a federal court denies a DOJ request to delay releasing Fast And Furious documents. 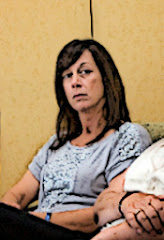 Eric Holder's resignation as attorney general, like anything that occurs in the Obama administration, raises questions of timing.

Pundits ask why now, with some suggesting President Obama is getting a two-fer — ginning up his base with tributes to the first African-American AG before the midterms while starting the nomination and confirmation process before a possible Republican takeover of the Senate in November.

Rush Limbaugh has even suggested that Obama, who in an effort to hold the Senate has reminded Democratic voters that he still gets to appoint Supreme Court justices, might be making Holder available for such an appointment should a vacancy occur.

Both may be true, but Kelly Terry-Willis, the sister of Border Patrol Agent Brian Terry, thinks a recent court defeat for the Department of Justice may be the real reason.

Her brother was murdered on Dec. 14, 2010, with weapons "walked" into Mexico under Fast and Furious. ICE Special Agent Jaime Zapata was also a Fast and Furious casualty.

"I do not find it a coincidence that Eric Holder chose now to resign after Judge Bates denied the request from the DOJ to delay the release of the Fast and Furious documents," Terry-Willis told Katie Pavlich of Townhall.com.

"I personally think Eric Holder was really hoping that the documents would never be made public to my family and to the American people," she said.

That would be U.S. District Judge John D. Bates, and the documents would be those Fast and Furious documents withheld from Rep. Darrell Issa's House Oversight Committee despite a subpoena and from the people despite a Freedom of Information Act request.

They were withheld under the guise of executive privilege, the same excuse used by the Nixon administration to withhold the Watergate tapes that would eventually bring it down.

"Seventy-five days, plus another 21, based in part on Judiciary (sic) Watch's consent, is enough time for the government to prepare the index (justifying the withholding) that this court has ordered, given that this matter has been pending for over two years," Bates wrote in his ruling.

The AG's exit, he said, "is past-due accountability for Holder's Fast and Furious lies, and I hope it brings some solace to the family of U.S. Border Patrol Agent Brian Terry and the hundreds of innocent Mexicans likely killed thanks to the Holder Justice Department's scheme that armed the murderous Mexican drug cartels."

We hope so, too, as we watch the welcome departure of a scandal-ridden attorney general who in June 2012 was held in civil and criminal contempt of Congress for withholding these documents relating to DOJ, according to testimony by ATF agents.

As a result of his Fast and Furious misconduct, Holder has been accused of knowingly allowing and facilitating the illegal trafficking of some 2,500 weapons to Mexican cartels.

"Will we ever get the accountability for my brother, Brian, Jaime Zapata, and every other person who lost their lives to the guns from this horrific scandal?" Terry-Willis asks.

We may be about to, with justice for Brian Terry and the others being delayed but no longer denied.

Obama is going to pardon all these malignant characters prior to his leaving office.

This could have been different - Holder could have been held accountable for his criminality. Squeaker John Boehner should be tarred and feathered forintentionally failing to do so.