Government Anti-WMD Teams on the Move?

Well, it was spotted in /r/conspiracy, so take it with a grain of salt. Nevertheless, these snippets seem, uhm, interesting. The rest of these sentences are from the thread. As always, keep your head on a swivel.

What do they know that we don't know?

These guys were spotted on I-95 South in Wakefield, MA this morning. 4 separate convoys. They are CERFP teams whose ONLY mission is responded to a WMD attack in the US. They are not simply medical teams (as some have suggested on other sites referring to the enterovirus stuff). 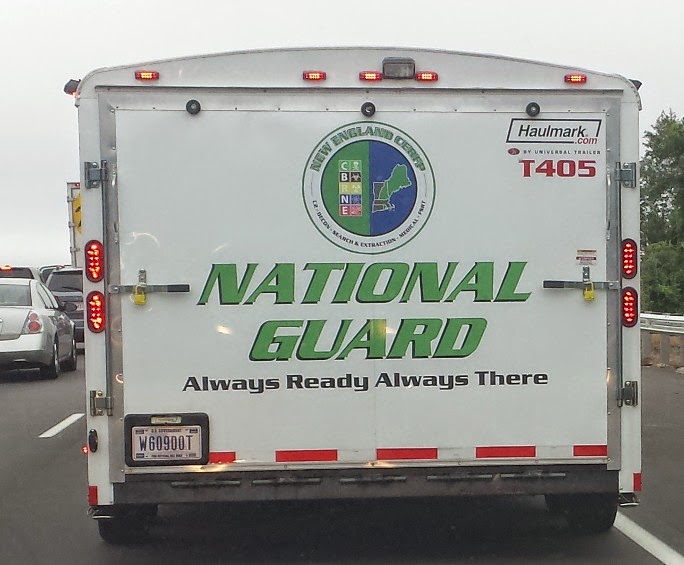 Zoom in on the logo. It says New England CERFP. Vertical letters in the logo are CBRNE (Chemica, Bio, Radiological, Nuclear, Explosive). 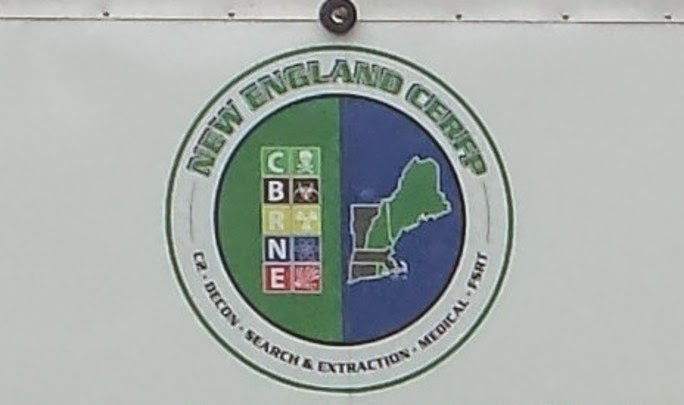 That camp is two exits behind them on I-95. They were deploying.

After realizing that our own government, both parties, have deliberately left our borders wide open and pegged us as the most likely terrorists while ignoring the islamists, I won't really be shocked when there is a large flash one day.

Thanks a lot you no good S.O.Bs

Kind of like closing the barn door after the horse ran away. The morons running our government are surpassed in their stupidity by the other morons who vote for them. This includes the GOP and its voter base.

The local snooze reported that there was a confirmed case of TB in Lynn. Maybe it is more than they are telling us.

Would be interesting and revealing to learn if the CDC also had a response team in the same area.

Part of the ever police state. These idiots are probably endowed with "powers" Hitler or Stalin would relish.
All for what?
So they can project more fear, more power?
All because the sonofabitches created the very problems in the first place and if they did the job they swore to do in their oaths and obeyed the rule of law to begin with there wouldn't be a need for things like this. Nor the dangers that are on our borders and within our very system of government.
Just who are the real domestic enemies one has to ask?

They train just like every other Government unit does. Everytime people see military vehicles going on trains they start jumping to the outer limits! Units on the east coast travel to Ft Irwin (NTC) in California for 5weeks of training they railhead their equipement.

"What do they know that we don't know?"

Judging from the news of late, and the inability of govt to solve problems, only exacerbate them, I wonder 'what do we know that they don't?'

But seriously, in this case maybe it's just a training exercise? I mean, wouldn't it be prudent to practice and work out any kinks in their plans BEFORE any real disaster?

Or because a Chevy dealer bundled a bunch of campaign donations.

I agree that this is most probably an exercise. It is always clever to practise deployment. It does seem stupid, though, to mark up vehicles in unmistakable livery and to drive in convoy. Unless the whole purpose of the exercise is to instill fear, in which case livery and convoy are clever.

Noticed several of these trucks on 190 N near Marlborough, MA. Driving in a military style convoy. They had gun trucks escorting them with large machine guns on them. My sisters cousin works as a grounds keeper for the guard. Said he over heard information of a possible alien saucer crash. If this is what these guys are doing, they are not being very sneaky about it. Has anyone else seen these govt vehicles?

I saw these soldiers a few months back at a rest area. I asked one of the people in charge what they were doing. He didn't answer me. I told him under the freedom of information act that he had to tell me what the mission was. He then said to me that the trucks and trailers were part of a chemical emergency team that assisted with major incidents across New England. I told him he was lying and that he could go to jail for lying under the law. Garanteed, they have chemicals in those trailers and the govt tells them were to create a nation wide incident to divert our attention away from "The Truth"