EQUIFAX: You Had One Job

The credit reporting firm Equifax is one of the leading stewards of personally identifying information (PII) in the United States. It holds detailed information on virtually every American resident: Social Security numbers, income, credit scores, you name it.

It was revealed earlier this week that Equifax recently suffered a catastrophic security breach. At least 143 million Americans were impacted.

Well, as David Coursey observes, there could be a very rational explanation: "I am the FIRST person to say that your college degree doesn't define you, but this is funny. #Equifax #equifaxbreach". 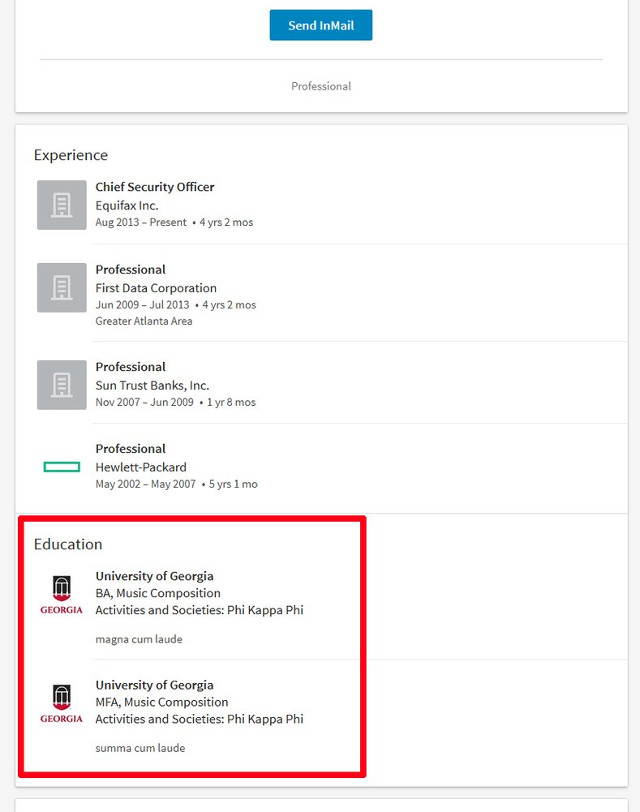 Not a Lockheed or Northrop cyberwarfare vet?

Not a hardcore CompSci guy who was involved with Stuxnet?

A f***in' music major responsible for one of the most sensitive databases in the world?

I don't blame her.

Diversity and all that!

I've always wondered, who exactly authorized these credit reporting agencies to compile huge databases of personal financial information on people without their knowledge or consent? Was it an act of congress? And who regulates or has oversight of their activities?


Be careful of that "free" Credit Monitoring they are offering. You have to "AGREE" to not sue them or become part of a Class Action Case against them.

On top of they breech, all the executives sold their shares before the announcement was made and the stock took a dive......bastards.

Reeks of a diversity hire. Diversity is our strength here in corporate America.

Buckwheat, "Diversity is our strength here in corporate America"

Probably the LinkedIn profile is NOT deleted. More likely, one of her colleagues showed her how to set security on it such that it is only visible to trusted connections.

Anonymous crawls out from the troll nest.

...Although Anonymous is absolutely correct in his or her assessment.

She just changed her name on linked in. Here profile is still there:

I have a computer science degree and a music degree, so I am going to ask her if she's looking for a successor.

lee said...
This comment has been removed by the author.
8:00 AM