The Odd Squad Weighs in on Bigotry 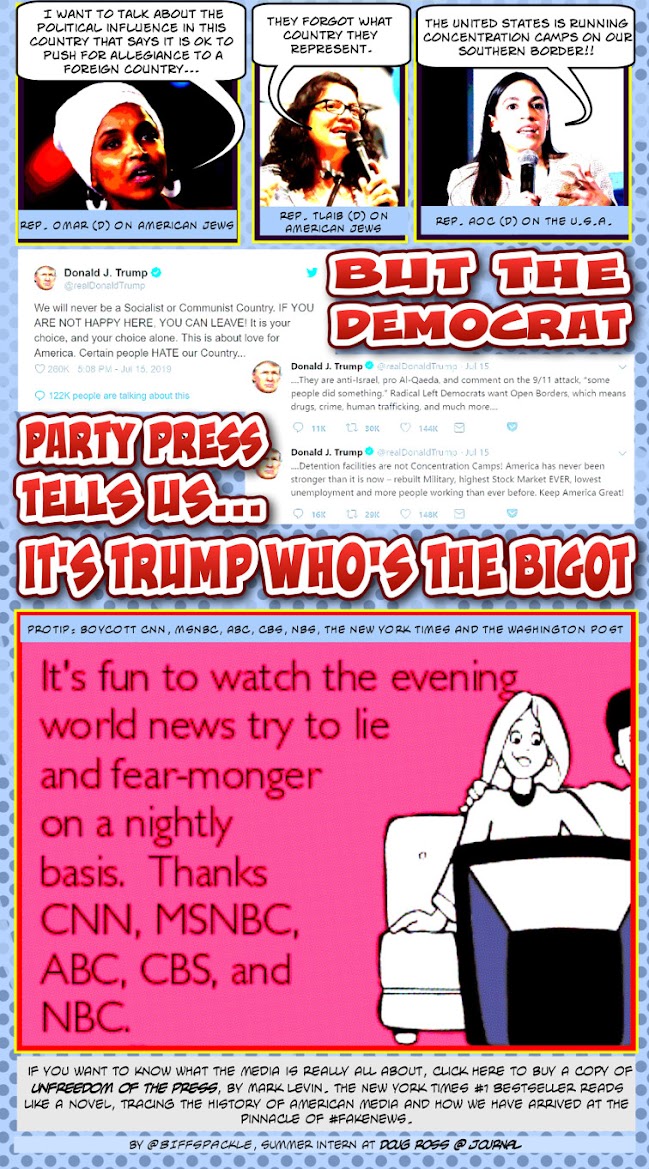 Good job on the "infographic"! Thanks for pulling it all together.

I went through last night, and found that none of these women describe themselves as "Americans". They are either hyphenated or they ignore the "America part altogether.

I've reached the point of hating all ______-Americans. You are either an American or not. If you are an African-American, go back to Africa if you identify with that. Same goes for Mexican-American and all the others. Pick which side you are on. Make it tougher to become an American citizen and make it probational for 5 years. Go anti American during that time and we throw you out with no return.

Someone voted for them.