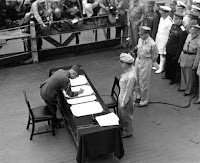 During the ceremony, Reid stated, "These fearsome suicide belts and car bombs have destroyed any hopes of success! Our military has no way of defeating these awesome weapons. Our military -- Marines, Army, Air Force, Navy -- all are powerless against these ragtag warriors with their AK-47s, rusty knives, and decades-old artillery shells." 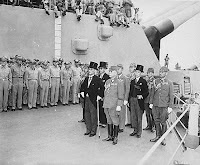 "It's best to turn tail and run home to America with sincere hopes and prayers that these terror... -er- insurgents won't follow us," Reid said.

Asked about "never forgetting the lessons of 9/11", Reid noted that the Democratic statute of limitations for never forgetting was five years, which had expired in September of 2006.
at 5:55 AM
Email ThisBlogThis!Share to TwitterShare to FacebookShare to Pinterest
Labels: Democrats, MSM, Reid, War