Johnny Perry's favorite T-shirt declared to the world what few would dare say to his face: "Freak." At 6-foot-5 and 375 pounds, Perry towered like a colossus over most of the folks who worked out with him. His tattooed biceps were 25 inches, bigger around than the waists of some of the girls who swooned over him. Perry knew he was a genetic anomaly, and he reveled in it.

At 27, the Carolina farmboy entered the semi-sideshow world of professional strongmen -- towing trucks, flipping tractor tires and shouldering boulders. There wasn't much money in it, but he got to travel the world and be seen by millions on cable sports channels. A mere three years after turning pro, Perry was ranked second in the United States and fourth in the world. But his goal was to be crowned world's strongest man, the first American to hold the title in 20 years. And if genetics alone couldn't get him there, he would use steroids to help nature along... 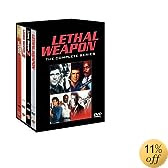 Steve Martin, the actor and comedian, has launched a biting satirical attack on Mel Gibson and his Hollywood version of the death of Jesus Christ, mocking the film as a piece of money-making showbusiness - and suggesting that he, too, regards it as anti-Semitic... [Martin] penned a sharply worded column on the The Passion of the Christ for The New Yorker magazine.

While Mr Gibson, who made the film with his own money, claims that his intention was to produce a profound statement of his religious beliefs, Mr Martin - influenced, perhaps, by the film's ticket sales of $127 million in less than two weeks - appears to disagree.

...On the lengthy and gruesome scenes of Jesus being whipped, which have forced many cinemagoers to turn their heads, "Stan" remarks briefly: "Love the flaying."

...Other suggestions he offers include: "Could the rabbis be Hispanic? There's lots of hot Latino actors now, could give us a little zing at the box office." And: "Possible title change: 'Lethal Passion.' Kinda works...

..."Is there someplace where Jesus could be using an iBook?" he asks. "Think about it. Maybe we start a shot in Heaven with Jesus thoughtfully closing the top..."

..."Stan" points out another apparent spelling mistake. "In the description of the bystanders, there should be a space between the words 'Jew' and 'boy'," he writes.

Memo to Mel: Could the rabbis be Hispanic?

Don't even ask why these cops are roughing up Ronald McDonald. Let's just say Mayor McCheese is NOT happy - and leave it at that.

at 8:35 AM
Email ThisBlogThis!Share to TwitterShare to FacebookShare to Pinterest