Microsoft's first great developer might have been Charles Simonyi. The mission of his new company, Intentional Software, is to destroy the disconnect that exists between domain experts and software developers:

You are tackling the software development bottleneck problem. Can you elaborate on the problem and how you plan to solve it?

The goal is to do something about the bottleneck, to analyze the systemic problem and redeploy the resources in a way that helps resolve the problem. Tools have to be involved--that's the business proposition for our company--but they have to operate in a new relationship between subject matter experts and the programmers.

Currently, the key element to a killer app is what the application does for people. In health care, for example, helping doctors with patient care is a tremendous opportunity. You need subject matter experts, like doctors and health care administrators, who understand the issues of their domain. The biggest problem is that what a subject matter expert is trying to accomplish is not expressed in the code. The code is really the first truly precise description of the problem. The intent of the subject matter expert, however, is not apparent in the code."

Software to cut the digital fat

In response to a request for a 'cheat-sheet' on Hungarian Notation, I wrote the following email to a couple of the younger developers with whom I work. The last paragraph is the 'inside joke' given the proclivity of modern academia to stress Java as the de rigeur  programming language. 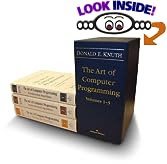 JOS had a link to a wonderful interview with Mr. Simonyi. Some excellent quotes:

On the Beauty of a Program

So if you have a structure with certain properties, instead of giving it some arbitrary name and then having everybody learn the association between the name and the properties, you use the properties themselves as the name. This method has a lot of advantages. First, it's very easy to create a name--as you think of the properties, you write them down and immediately have the name. Second, it is very understandable, because as you read something you learn a lot about the properties from the name. As these properties get more and more numerous, it becomes difficult to describe them concisely. So "Hungarian" introduces some abbreviated notation to encode the properties in a short space. Of course this is a complete jumble to the uninitiated, and that's the joke.

at 4:03 PM
Email ThisBlogThis!Share to TwitterShare to FacebookShare to Pinterest