Do not taunt your Compact Fluorescent Lamp (CFL) 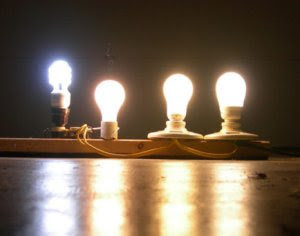 
Roughly translated, cleanup after a CFL bulb breaks is: (a) evacuate the house for a while, and then (b) clean up while wearing a traditional hazmat suit. Yes, it's... just... that... simple.

It reminds me of a Super Happy Fun Ball, updated for the Al Gore era of eco-hysteria.


Remember: Do not taunt your Compact Fluorescent Lamp.