We can tell liberals to leave us alone when it comes to how we live our lives, from what we drive, to you name it - and they can leave us alone until every last one of them becomes vegan and spends all of their free time planting trees - which will be forever, because as we know liberals don’t do personal responsibility! 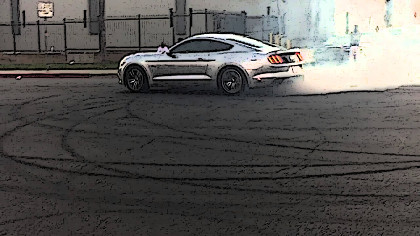 Call it the “Come Back When You’re All Vegan” Campaign? I don’t know, maybe it needs a better name!

I couldn’t find the exact vegan article that they mentioned, but I did find others that echoed the sentiment:

• “The Environmental Defense Fund reports that if each American replaced chicken with plant-based foods at just one meal per week, the carbon dioxide savings would be the same as taking more than half a million cars off U.S. roads.” (via Fortune Magazine)

• “Planting 1.2 Trillion Trees Could Cancel Out a Decade of CO2 Emissions” (via Yale University)

Thanks for your time, and I’ll be out doing donuts in my Ford!

Read more about the Global Warming Scam here: The Medieval Warming Period, Illustrated for Progressives and other Miscreants.

Trees emit VOCs, volatile organic compounds. Hence Great Smoky mountains, caused by trees. I'm sure, with a little effort, why don't you try harder, you could find evidence of climate scientist disagreement over whether more or less trees cause less or more global climate change. Or snow or hot whether or Trump campaign rallies.

The period on your sentence is not a regulation sized period. EG:"."