I've got a lot of old computer magazines that I've been given or saved over the years. Some original Dr. Dobbs Journal from the Seventies (cover story: "6502 or 8080: which should you choose?"). Some old IEEE Spectrums, PC Tech Journals, computer catalogs, and Byte Magazines.

And this gem: issue #1 of PC Week (currently called eWeek). I don't have a scanner big enough to handle these oversized pages, so I took a few snapshots. I know: the quality is poor. But I thought these were fun nonetheless. 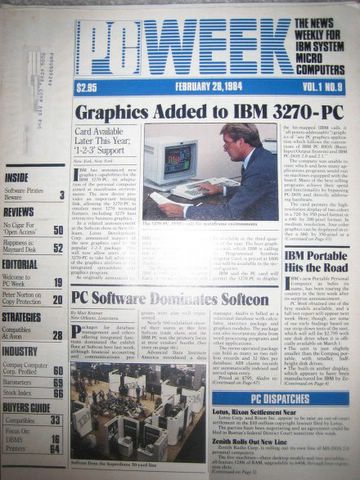 Cover of PC Week #1: don't be fooled by the Volume 1, Issue 9 caption; note the story at left. This has been confirmed by Ziff-Davis as the first issue. 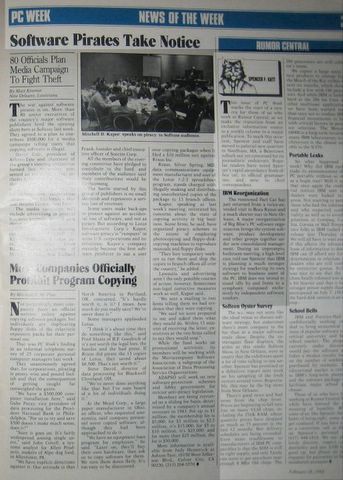 Software Pirates Take Notice; More Companies Officially Prohibit Copying; Spencer Katt #1. One of the biggest problems facing the software industry in '84 was illicit copying of floppy disks (sound familiar?). The solution -- at least for a time -- was anti-copying technology that hackers quickly found ways to circumvent. 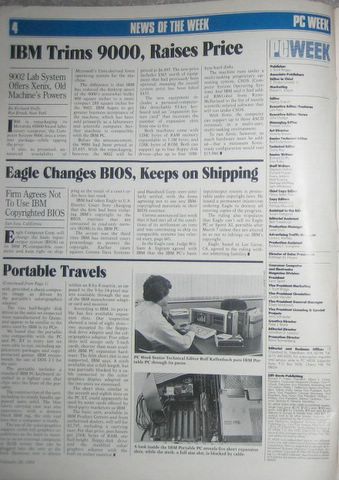 Portable Trends - check out the laptop. Yes, this was state-of-the-art mobile computing technology. 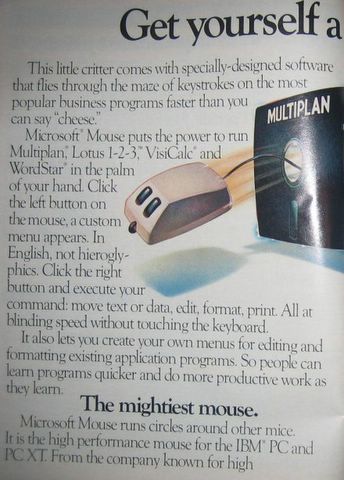 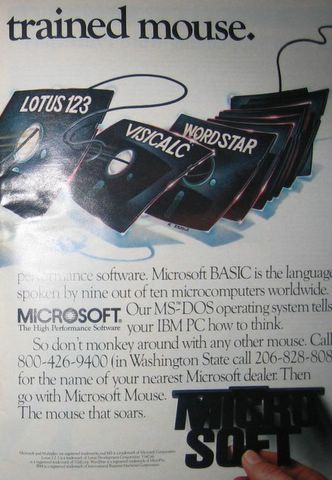 There are some additional -- and very interesting -- op-ed pieces including one columnist who argues that "Windowing systems" (remember Windows was probably in pre-1.0 infancy state then) were fads. And Jim Seymour visited the IBM labs and proclaimed them the upcoming kings of PC software. Hmmmm.

Interestingly, one of the few companies (besides Microsoft) that is still around today is good old Alpha Software. They had a full-page ad and some additional news coverage in the first issue.

I'll try and post more of this if I can improve the quality and make it a bit more readable.
at 6:06 AM
Email ThisBlogThis!Share to TwitterShare to FacebookShare to Pinterest