The CIA on Friday leaked a memo to the Washington Post “concluding” that Russia meddled in the U.S. election to help President-elect Donald Trump win — but any evidence supporting that finding remains secret.

Anonymous sources told the Post that “the CIA has concluded in a secret assessment that Russia intervened in the 2016 election to help Donald Trump win the presidency, rather than just to undermine confidence in the U.S. electoral system.” They said intelligence agencies “identified individuals with connections to the Russian government who provided WikiLeaks with thousands of hacked emails from the Democratic National Committee and others, including Hillary Clinton’s campaign chairman.”

Yet with the “secret assessment” still hidden, the seeming confirmation boils down to little more than claims by unnamed officials. 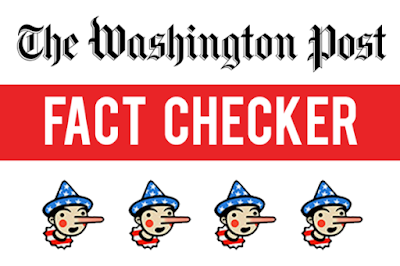 In fact, the Post writes further down in its report that “there were minor disagreements among intelligence officials about the agency’s assessment, in part because some questions remain unanswered…intelligence agencies do not have specific intelligence showing officials in the Kremlin ‘directing’ the identified individuals to pass the Democratic emails to WikiLeaks.”

A second leak to the New York Times claimed that Russia hacked the Republican National Committee’s (RNC) computer systems in addition to its breach of Democratic organizations, “but did not release whatever information they gleaned from the Republican networks.” However, the Times notes that “it is also far from clear that Russia’s original intent was to support Mr. Trump.”

Those caveats are important, The Intercept‘s Glenn Greenwald wrote on Saturday, because while both newspapers acknowledge the uncertainties of the memos, “the purpose of both anonymous leaks is to finger the Russian government for these hacks, acting with the motive to defeat Hillary Clinton.”

And for Democrats, the whole affair is another easy out.

“Democrats — still eager to make sense of their election loss and to find causes for it other than themselves — immediately declared these anonymous claims about what the CIA believes to be true, and, with a somewhat sweet, religious-type faith, treated these anonymous assertions as proof of what they wanted to believe all along: that Vladimir Putin was rooting for Donald Trump to win and Hillary Clinton to lose and used nefarious means to ensure that outcome. That Democrats are now venerating unverified, anonymous CIA leaks as sacred is par for the course for them this year, but it’s also a good indication of how confused and lost U.S. political culture has become in the wake of Trump’s victory.”

The timing of the leaks is also worth considering, according to national security expert Marcy Wheeler, who wrote on her blog Empty Wheel, “This story was leaked within hours of the time the White House announced it was calling for an all-intelligence community review of the Russia intelligence, offered without much detail. Indeed, this story was leaked and published as an update to that story.“

“Which is to say, the CIA and/or people in Congress (this story seems primarily to come from Democratic Senators) leaked this, apparently in response to President [Barack] Obama’s not terribly urgent call to have all intelligence agencies weigh in on the subject of Russian influence, after weeks of Democrats pressuring him to release more information,” Wheeler wrote. “It was designed to both make the White House-ordered review more urgent and influence the outcome.”

“There is still no such evidence for any of these claims. What we have instead are assertions, disseminated by anonymous people, completely unaccompanied by any evidence, let alone proof. As a result, none of the purported evidence — still — can be publicly seen, reviewed, and discussed. Anonymous claims leaked to newspapers about what the CIA believes do not constitute proof, and certainly do not constitute reliable evidence that substitutes for actual evidence that can be reviewed. Have we really not learned this lesson yet?”

MSNBC‘s Christopher Hayes issued a similar caution on Twitter, writing, “A reminder to take every claim made by unnamed U.S. officials about intelligence conclusions with healthy skepticism.”

A reminder to take every claim made by unnamed US officials about intelligence conclusions with healthy skepticism.

WikiLeaks founder Julian Assange has previously denied that Russia was the source of the Democratic National Committee (DNC) leaks.

Lastly, Greenwald writes, “none of this even relates to, let alone negates, the concerns over [Democrats’] election-year McCarthyite behavior and tactics. What critics have said is McCarthyite…is the lowly tactic of accusing anyone questioning these accusations, or criticizing the Clinton campaign, of being Kremlin stooges or Putin agents.”

“[Q]uestions about who hacked the DNC and Podesta email accounts are serious and important ones,” he writes. “That’s all the more reason these debates should be based on publicly disclosed evidence, not competing, unverifiable anonymous leaks from professional liars inside government agencies, cheered by drooling, lost partisans anxious to embrace whatever claims make them feel good, all conducted without the slightest regard for rational faculties or evidentiary requirements.”

"Look past the smoke and mirrors and understand that a narrative is being set in place to deal with the fallout of #Pizzagate, one that 90% of America will suck down in a second, and go back to wearing stupid costumes and cheering for their favorite band of criminals on Sunday. If you can’t see the narrative developing, you’re in denial or you’re stolid. The rest of you who understand what’s going on are in a war, whether you want to be or not."

The central point is this ... if the Russians did the hack why the hell would they release the Intel they gathered? THEY WOULDN'T. They aren't stupid! Obviously they would hold onto it wanting Hillary to be elected POTUS so they could use it then to blackmail her and her corrupt Democrat Administration.