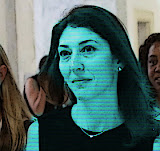 Lisa Page, a former top attorney at the FBI, told Congress she believed it was neither appropriate nor necessary for two of Hillary Clinton’s aides to accompany the former secretary of state in an interview she gave as part of the email investigation.

“I would agree with you that it is not typically appropriate or operationally necessary to have fact witnesses attend the interview,” Page told lawmakers during a closed-door interview in July 2018, highlights of which were published by The Epoch Times on Friday.

Page was answering questions about the FBI’s handling of the investigation into whether Clinton mishandled classified information by using a private email server while at the State Department. Clinton was interviewed by the FBI as part of the investigation on July 2, 2016, three days before then-FBI Director James Comey announced he would be recommending that Clinton be charged in the case.

Clinton was flanked by a team of attorneys in the interview, including Cheryl Mills and Heather Samuelson.

Both lawyers were also witnesses in the FBI’s probe, having been interviewed multiple times separately by FBI agents about their handling of Clinton’s classified emails. 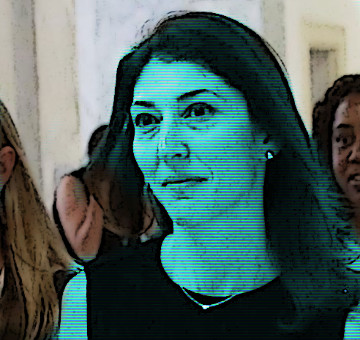 Page, who served as counsel to former FBI Deputy Director Andrew McCabe, testified that Justice Department officials approved Mills and Samuelson’s attendance in the Clinton interview against the wishes of the FBI.

Page also detailed an internal debate over how to obtain laptops that Mills and Samuelson used to sort through Clinton’s emails.

“There were, I think, months of disagreement with respect to obtaining the Mills and Samuelson laptops,” Page testified, according to The Epoch Times.

“We, the FBI, felt very strongly that we had to acquire and attempt to review the content of the Mills and Samuelson laptops because, to the extent the other 30,000 existed anywhere, that is the best place that they may have existed.” (RELATED: Clinton Aides Faced No Charges After Making False Statement To FBI During Email Case)

Mills and Samuelson were eventually granted immunity as part of a negotiation to obtain the laptops.

“Having done this for many, many years, a grand jury subpoena for a lawyer’s laptop would have likely entangled us in litigation over privilege for a very long time,” then-FBI Director James Comey said during a Senate Homeland Security Committee hearing on Sept. 27, 2016.

she can't explain it. that's funny because I can. we have 2 sets of laws in this country. one set is for all the low level slobs. the other set is for the political class. the ones who are connected to the right people. who are above the low level class. this is the level of the Clintons, obomos, comey, and everyone else who can break any law they want and not be charged. we are not a nation of laws anymore. if we were hillay Clinton would be in jail.