By Accuracy In Media

The Democratic Party is pushing for socialized medicine, or government-run health care. The example they point to

The example they point is the United Kingdom’s National Health System, known as NHS.

This week, NHS announced it can deny surgery for smokers and obese citizens. This indefinite surgery ban riled Britons and American conservatives who point to the NHS as having the power to determine life-or-death decisions instead of the individual or the individual’s family":

The NHS will ban patients from surgery indefinitely unless they lose weight or quit smoking, under controversial plans drawn up in Hertfordshire. 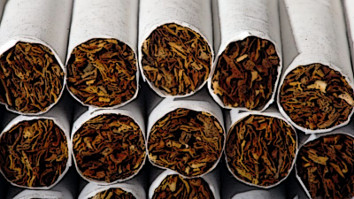 The restrictions - thought to be the most extreme yet to be introduced by health services - immediately came under attack from the Royal College of Surgeons.

Its vice president called for an “urgent rethink” of policies which he said were “discriminatory” and went against the fundamental principles of the NHS.

In recent years, a number of areas have introduced delays for such patients - with some told operations will be put back for months, during which time they are expected to try to lose weight or stop smoking...

...East and North Hertfordshire CCG and Herts Valleys said the plans aimed to encourage people “to take more responsibility for their own health and wellbeing, wherever possible, freeing up limited NHS resources for priority treatment”.

Both are in financial difficulty, and between them seeking to save £68m during this financial year.

Bernie Sanders could not be reached for comment at press time.

Canada has been doing the same for decades by saying you have Stage 4 Cancer when really what you have is NO private insurance to add to the gov's insurance.
So much for the Social(ist) safety net.

This is what to expect when you hand over controls to Government. You will get controls first based on "basic health reasons" and later there will be other reasons such as "you do not work out enough" or "you do not agree to LGBT or Islam". We have seen it with EPA and other government agencies including the IRS going after the TEA Party.

Well, of course they will.