When the Democratic anti-Trump mantra of “Russia, Russia, Russia” was in its infancy, House Intelligence Committee ranking member Rep. Adam Schiff from the People’s Republic of California was in high dudgeon. He railed against Chairman Rep. Devin Nunes, who dared to report to the public and the press that, yes, members of Team Trump were in fact surveilled and the contents of their conversations and their names were recorded and disseminated.

Rep. Schiff had no problem with intel leaks to The New York Times, but an intelligence committee chairman giving the President a heads-up that his transition team was in fact caught up in surveillance by his own government is out of bounds? Schiff insisted it was, and claimed Nunes was not acting as a committee chair but as a surrogate of Team Trump:

At his own news conference later that afternoon, Schiff sharply criticized Nunes, given that his committee is in the middle of an active investigation that includes the question of whether Trump’s campaign colluded with Russia’s suspected attempts to meddle in last year’s election.

“The chairman will need to decide whether he is the chairman of an independent investigation into conduct which includes allegations of potential coordination between the Trump campaign and the Russians, or he is going to act as a surrogate of the White House, because he cannot do both,” Schiff told reporters. 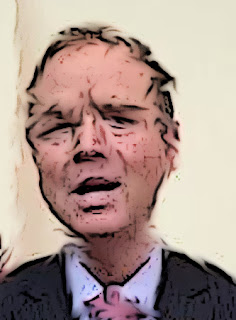 Schiff has no problem acting as a surrogate for Team Obama or Team Hillary. That deafening silence you hear is the outrage he has expressed over the leaking of classified information to the press designed to fatally wound the Trump transition. Schiff had no problem repeating claims without evidence that Team Trump was colluding with the Russians. But he was troubled by Nunes citing reports proving President Trump was right about his team being monitored, creating a kerfuffle that forced Nunes to recuse himself from active leadership of his committee.

Fast forward to Uranium One and Fusion GPS and evidence of actual collusion and coordination between the Clinton campaign, the DNC, and the Russians, and we find ranking member Schiff once again acting as a surrogate for both President Barack Hussein Obama and former Secretary of State Hillary Rodham Clinton. He cannot do both. Nor can he ignore evidence that Team Hillary conspired with the Russians to both influence our elections and to engage in arguably treasonous pay-for-play in exchanging control of 20 percent of our uranium supply, the raw material for nuclear weapons, for $145 million in donations to the Clinton Foundation.

Yet that is what Schiff is doing, whistling past his party’s political graveyard and ignoring evidence of crimes that, yes, make Watergate look like a third-rate burglary and the treason of the Rosenbergs look like a misdemeanor, He calls Uranium One a politically-motivated “distraction”, showing how unserious the Democrats are about real corruption and collusion and why these “bipartisan” investigations are a sham by definition:

The 2010 deal, covered extensively in Breitbart editor-at-large Peter Schweizer’s book “Clinton Cash: The Untold Story of How and Why Foreign Governments and Businesses Helped Make Bill and Hillary Rich,” gave Russia control of a significant portion of U.S. uranium.

Schiff denounced the new attention as a “partisan effort to distract” and accused House Speaker Paul Ryan (R-WI) of being a part of it given three House committees -- Judiciary, Government Reform and Intelligence -- were involved.

Schiff, as we know, is no stranger to partisan efforts to distract and is a veteran of using lies, false charges, and obfuscation to distract the American people from the crimes and corruption of Team Obama and Team Clinton. He shamelessly defended the incompetence and criminal negligence of Obama and Clinton in Benghazi

Schiff was the individual who called the heroes who fought off terrorists from the roof of the CIA annex in Benghazi liars for their account of the Obama/Clinton administration’s denying security improvements, ignoring warnings of the attack, and the issuance of a stand-down order for any rescue, an order they ignored. As Investor’s Business Daily recounted in 2014:

The California Democrat who suggested that his party boycott the Benghazi Select Committee as a waste of time now accuses those who fought on the CIA annex roof of lying "to promote a new book."

The last we heard from Rep. Adam Schiff, D-Calif., a member of the House Intelligence Committee, was in May. That's when he told Chris Wallace on "Fox News Sunday" he thought the planned select committee to investigate the 2012 Benghazi attack was a "colossal waste of time."

… Schiff apparently is still not happy about the hearing, which pointed out the State Department's pre-Benghazi neglect of security, ignoring the security recommendations after the 1998 bombings of our embassies in Kenya and Tanzania….

The hearing came right after Kris Paronto, Mark Geist and John Tiegen, three CIA contractors who on that night fought terrorists from the roof of the CIA's Benghazi annex building, confirmed that there was indeed a stand-down order given that caused a critical half-hour delay….

Schiff, who was not in Benghazi that night, says Paronto, Geist and Tiegen are making up a tale to sell their book, as if their story is less plausible than the proven lie that the Benghazi attack was caused by an inflammatory YouTube video, a myth promoted both by then-Secretary of State Hillary Clinton and President Obama.

After seeing clips of Schiff saying the contractors were trying to sell their book and Smith claiming a stand-down order "was never given," Geist said he "would like to invite Mr. Schiff to a debate... we can talk about it." He wondered if Schiff wished to "say that to my face."

Schiff thought the Benghazi heroes was making it up, and now he thinks Nunes and Team Trump are making up the fact that investigations into Team Trump and the Russians, and the creation of a Special Counsel, were prompted by a fake dossier put together by the Russians and paid for by Hilary Clinton’s campaign and the DNC. He claims it is a distraction to point out the truth that Hillary Clinton and the Obama administration sold out American national security in exchange for more Clinton cash.

Rep. Adam Schiff, have you no shame?

"Adam Schiff, have you no shame?" Rhetorical question. The answer is "no".

I prefer to call him Schiff for Brains